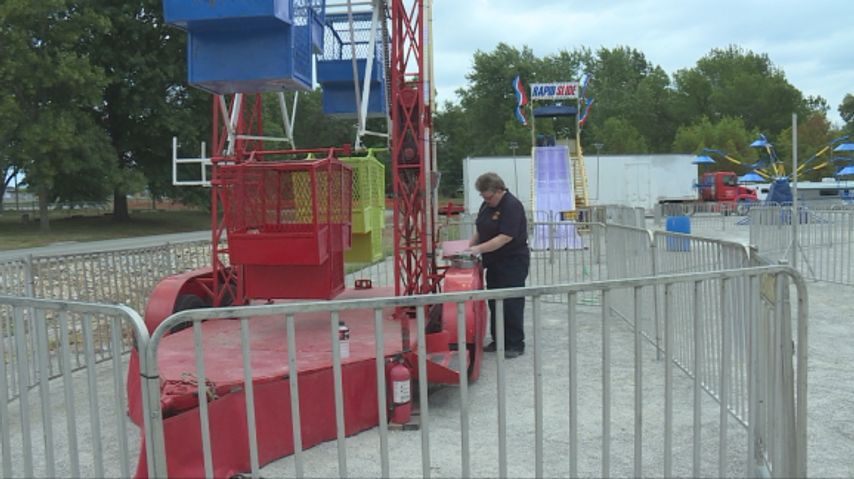 COLUMBIA - Despite carnival rides initially failing safety inspections, the Boone County Fair drew almost 9,500 people, the most since the fair moved to Sturgeon in 2016.

"Our attendance was about average to what we used to have when the fair was in Columbia," president of the Boone County Fair Jeff Cook said.

In 2016, when the fair moved to Sturgeon, 8,000 people attended. Last year attendance plunged to just 5,000 fairgoers because of extreme temperatures.

When it comes to revenue, Cook said Tuesday night's decision to shut down the carnival rides did take a toll.

"Definitely it affected our revenue. That hurt, but you know I don't regret making that call. I think it was the right call. I would make it again today," he said.

Even though fairgoers weren't charged money at the gates that night, Cook said they spent money on food and concessions.

"Our concessions sold out on Tuesday night. They had to go to the store and get more food," he said.

As for actual numbers for the 2018 Boone County Fair, Cook said he's still waiting on final bills to come in.

"Last year we went in the hole, so our goal is to just break even. We'd like to have a little extra profit so we can start up the fair for next year," he said.

One user who commented on KOMU 8's Facebook post about the fair said, "Boone County Fair got so lame when it moved to its new location. Such a hassle, and a waste of money."

Another user said, "In my opinion the fair hasn't really been good for ten years. I haven't been since it moved, but haven't really missed it either."

To that, Cook said the fair has to compete with the modern, busy family.

"When I was a kid, you spent your whole week at the fair because you either worked on a farm or lived on a farm and you looked forward to the fair coming," he said.

Cook said people just don't get excited about the fair like they used to.

"It's just another thing to do and it's not that big a deal to people. It's a shame that we've gone that way, but it's just today's time and world and we have to compete with that," he said.

The Boone County Fair Board has already started planning for the 2019 edition. Cook said every fair is a learning experience for the board.

"You get to see what you did wrong or what you could change for next year, so we are always trying to better the fair, and that shows in Sturgeon," he said.