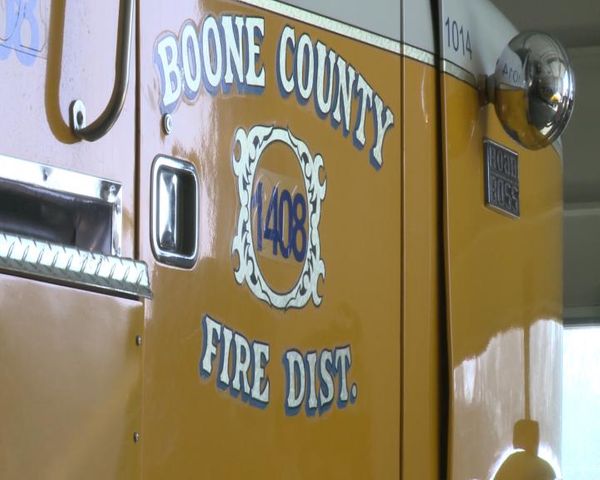 COLUMBIA - The Boone County Fire Protection District wants $14 million to improve and purchase new equipment and trucks. The board of directors called for the issue to be taken up for a vote in the April 8th election.

Battalion Chief Gale Blomenkamp said they've been talking about the bond for years but due to the recession the board held off on asking residents to pay a higher tax. Right now Boone County has fire trucks from 1983, 1991, and 2000. The life span on the vehicles is 20 years, but the county continues to use trucks from 1983. Boone County purchased a truck in 1983 for $91,000. In 1991, the department bought a vehicle for $168,000. Now, the same truck with updated safety gear and mechanics will cost the county roughly $520,000.

"We've been waiting a long time to ask people for this money. At this point, repairing the trucks is costing the county a lot of money. The fact is, the trucks are too old. Even the newest ones will be past safety regulations in a few years. But we need to replace the 1983 models and some of the 1998," explained Blomenkamp.

The fire district has 250 volunteers and 25 career support staff. Money from the bond is not allowed to go toward employees or benefits. The fire district would spread the $14 million its 14 fire stations and equipment.

"I'm hoping the people understand the need. Last time we had a bond like this was in '98 for $7 million which we paid off two years early," said Blomenkamp.

Bond issues only provide funds for new construction, renovation of existing facilities, technology, the purchase of apparatus and equipment. The money is essentially borrowed and taxpayers pay it back with an increase in property taxes. Only residents in the Boone County Fire Protection District would experience the property tax increase. Residents within Columbia city limits would not pay.

Blomenkamp said his main focus is to educate residents in the district's area about how much the stations save being run by volunteers and how beneficial the new equipment and apparatus would be to emergency services.