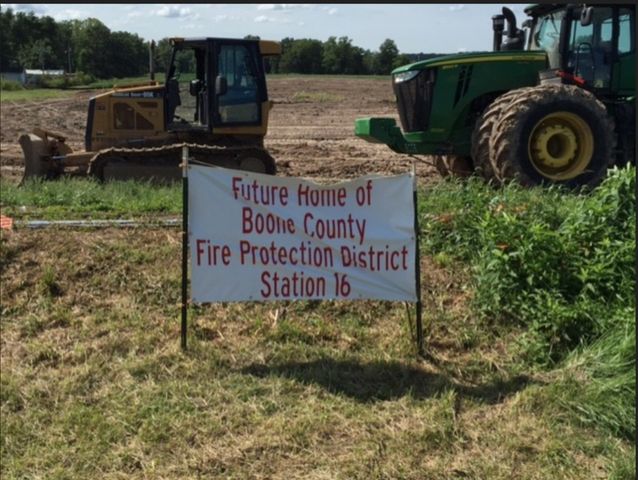 Fire Station 16 will be located at 6400 E Highway HH, and is scheduled to be completed in the next 8 months. The location was chosen because of an increase of call volume in the area.

The station is being funded through a bond issue voters approved in April 2014. The total cost of Fire Station 16 is $1.374 million.

Fire Station 16 will also be used as a tornado shelter for members of the community.

The Boone County Fire Protection currently has a total of 14 fire stations, this new one will raise that number to 15.

Assistant Fire Chief Gale Blomenkamp said the new fire station will help relieve two of the busiest fire stations, station one in Prathersville and station 3 at Lake of the Woods.

Land has already been cleared for the new station and construction officially started Monday. Part of the land for the fire station was donated by a local farmer, Jay Turner.

“What an honor it is to have a fire station here on the corner of our farm, and in our neighborhood,” said Turner.

Turner told KOMU his family had a fire at their home about 15 years ago and if hadn’t been for the dedication and experience of the Boone County Fire Department, his house would have burned down.

Firefighters from station one, three and five will be transferred to the new station when it opens.

For more information regarding this project, you can visit Boone County Fire Protection District's website.