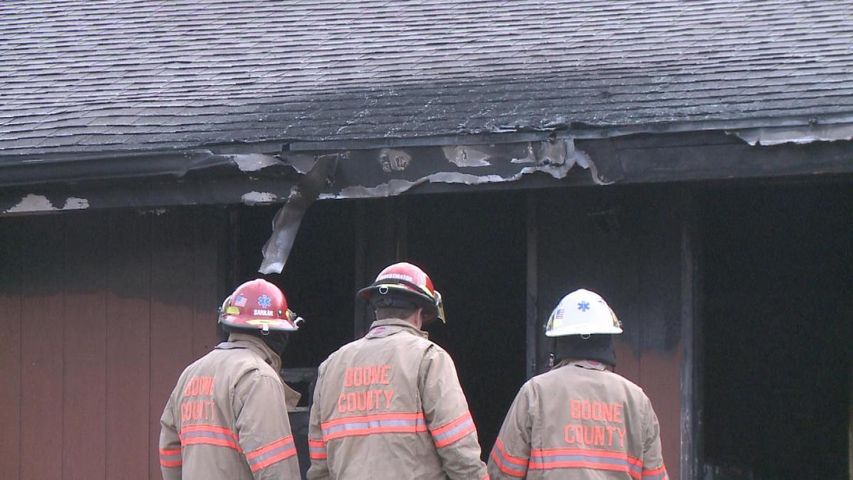 Captain Martina Pounds of the Boone County Fire Department says units arrived on the scene at 6:45 a.m. on North Wade School Road for a fire located in the left unit of the duplex.

All ten occupants from both sides of the duplex evacuated the building. Boone County Fire found and rescued the family dog that was hiding under the bed. Captain Pounds said all occupants are safe and uninjured, including the dog.

Captain Pounds told KOMU-TV that the remains of the fire left the upsatirs of the left side of the unit a "total loss."

The cause of the fire is still under investigation.

Captain Pounds estimated damages to be around $90,000 but said that may change because the duplex is an older building.