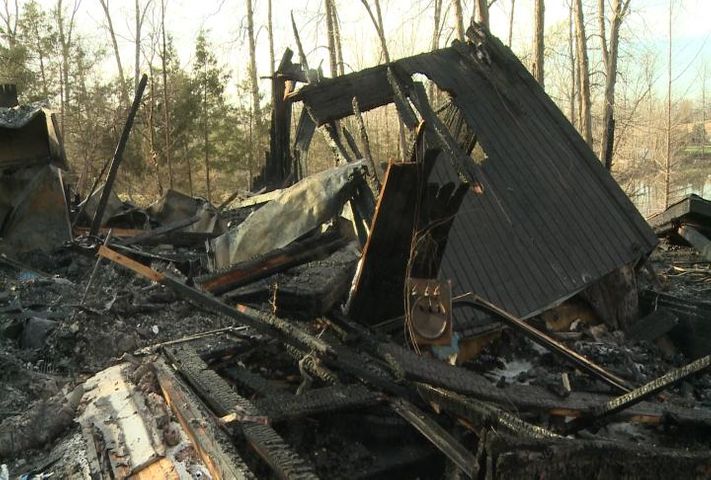 BOONE COUNTY - A Boone County man came home from work Thursday around 5:30 a.m. to find his house engulfed in flames. The house was located on the northern side of Boone County. The homeowner wished to remain anonymous. His neighbor Jerry Brown recounted the morning's events.

"I was woken about 5:15 a.m. with the doorbell ringing quite frantically," said Brown.

Brown said his neighbor whose house was on fire called 911, and within about 20 minutes first responders showed up.

"It was dark, all there was was huge flames about 50 feet in the air and trees around it on fire and fully engulfed in flames," added Brown.

Boone County Fire Battalion Chief Gale Blomenkamp said, "The cause of the fire is undetermined. With this amount of damage its difficult to determine the origin of where the fire started, let alone determine a cause."

The fire spread about 100 feet in diameter and rose 50 feet in the air. The two-story house engulfed in flames had no one in it at the time except for a cat, and only one person was living in the house at the time of the fire.

"Initially when we arrived here there was nothing we could do to save the house, but we were able to control the natural cover fire that was caused by the hot embers coming off the house and kept it from spreading to other resident's homes," said Blomenkamp.

35 firefighters were on the scene.