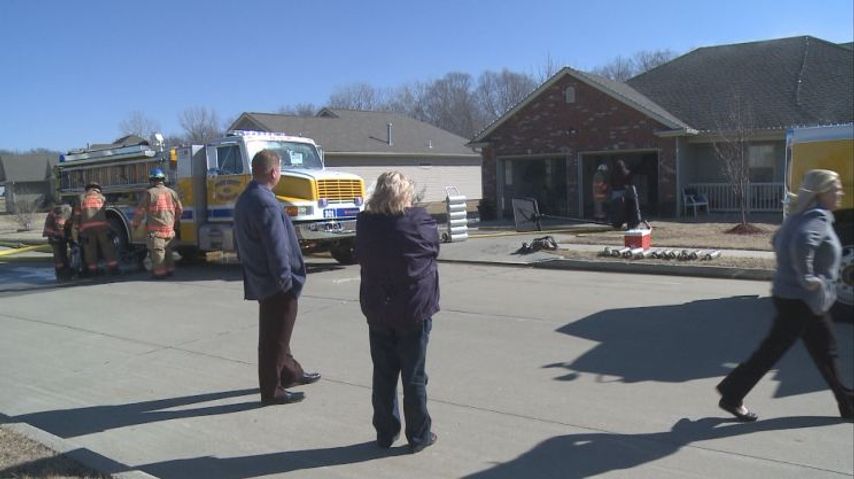 Captain Martina Pounds said as of right now a furnace malfunction may have been the cause of the fire.

"They found smoke in the attic," Pounds said. "When they pulled some of the attic they found fire. "

Nobody was home at the time of the fire besides the resident's dog. It was a neighbor who saw smoke coming out of he roof and called 9-1-1. The fire department arrived on the scene at 1:19 p.m., and it took about 45  minutes to put the fire out.

Hallsville resident Phil Crane was at the scene of the fire.  He tells KOMU 8 News his mother is renting out the house that caught on fire.