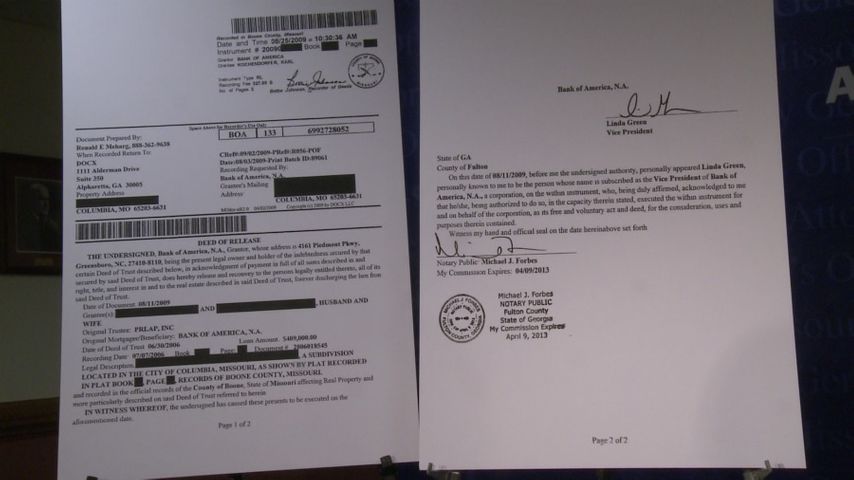 The grand jury accused DOCX and Brown of forgery and making a false declaration related to mortgage documents, also known as "robo-signing."

The forgery and false declaration counts allege that the person whose name appears on 68 notarized deeds of release on behalf of the lender is not the person who actually signed the paperwork. A woman named Linda Green of Georgia purportedly signed thousands of mortgage-related documents as vice-president on behalf of several banks. Allegedly, someone other than Green signed the documents.

Attorney General Chris Koster would not comment on specific details in the case, but he said the case is developing.

"What I can tell you is that we found 68 examples, over just a two month period in 2009, involving just one of the signers. That is an indication that the problem is real and could be broader," said Koster.

Missouri Professor of Law Dale Whitman is named as witness in the case. He said it's hard to predict the outcome because of the unique nature of the case.

"This is a case in which people clearly broke the law," said Whitman. "It's a very unusual situation. There are certainly prior cases of forgery, but usually it's just a single transaction. To my knowledge, I do not know of a case with this many forgeries and it will be up to the Attorney General's office how people will be punished," Whitman added.

Koster says this is the first time a state indicted a corporation for the practice known as robo-signing.