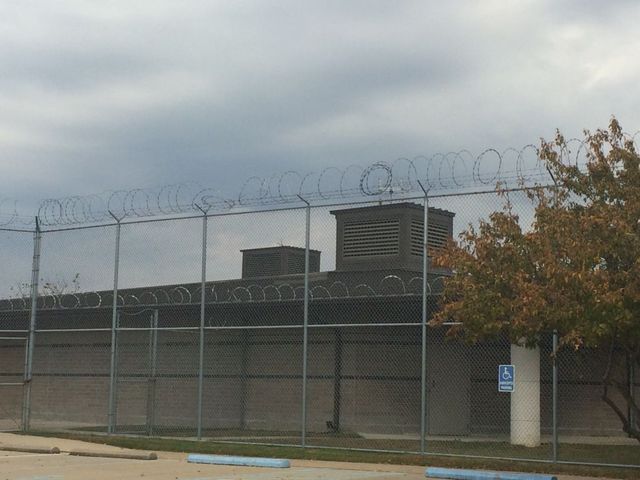 COLUMBIA — Boone County officials are looking for ways to decrease the number of inmates in the jail system.

Boone County Judge Christine Carpenter said, "Managing the jail population is not just a matter of numbers it's also who can we house where," she said. "So we might have a cell that would hold four people but we can only put one person in there."

Carpenter, along with other Boone County officials like other judges who handle criminal matters, prosecuting attorney's and jail representatives, come together once a month to try and figure out how to stabilize and decrease inmate numbers.

According to the Boone County jail website the maximum capacity is 210 but the optimal capacity is 183. Carpenter said this is misleading because inmates have to be separated by gender, mental illness and whether or not they can share a cell with someone else.

Carpenter said the criminal justice administration coordination committee is trying to come up with ways to keep people out of jail.

Because of the overcrowding, inmates get sent to other county jails including those in Callaway and Randolph counties. Carpenter said that's not ideal.

"Having our own jail full is bad enough, but having so many people that we have an overflow to go to other counties, that's where is really gets costly," Carpenter said.

One way to manage the issue would be to make sure the system knows which inmates have mental health issues.

Carpenter said a lot of inmates with mental health issues aren't able to get a public defender. By assessing and making sure officials know who those inmates are, the county can give them the help they need and in most cases, keep them in jail for a shorter amount of time.

A second way officials are trying to decrease the inmate population is by looking closely at the offenses made.

"We're trying to get people out of the jail that we think can be processed through the system while on bond or while on some kind of supervisor release," she said.

Carpenter said public safety is the committee's number one priority and it would never release anyone who should be in jail.

She said the number of people in and out of jail fluctuates and it is hard to tell what the cause of that is.

"You would think that maybe sometimes it's the weather or the time of year but that doesn't really affect it," Carpenter said.