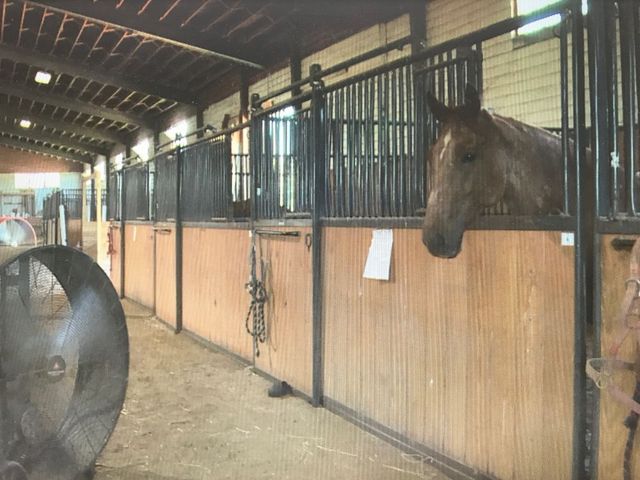 COLUMBIA - The Boone County Large Animal Rescue Team plans to hold a fire safety workshop at the Stephens College Equestrian Center Thursday to educate both the Columbia Fire Department firefighters and the equestrian students, faculty and staff about what to do with horses in case of a fire. The workshop runs in two parts from 8 a.m. to 12 p.m., then from 1 p.m. to 5 p.m.

Chuck Leake, battalion chief of the Boone County Fire Protection District and member of  the Boone County Large Animal Rescue Team, said it's crucial for the firefighters to learn about animal behavior in a direct and hands-on way.

“Columbia Fire Department is an excellent department,” he said. “They know how to fight fire. But, in a structure like this, with animals that range in the size of a thousand, sometimes two thousand pounds. How are you gonna handle that animal coming at you? How can you safely get hold of that animal? How can you even get in the stalls?”

He said instructors from the rescue team will give the firefighters knowledge about things like a horse’s body language and help them familiarize with the equestrian facility.

“How a horse handles when they’re stressed, when they’re not stressed, how they’re gonna behave in a fire,” he said. “Give them the opportunity to start looking through the structures, and say, if we have an incident here, how are we gonna be able to handle it?”

He said members of the equestrian studies program will get information about what to expect in a fire and how to cooperate with the firefighters in order to save as many human lives and animal lives as possible.

“In a smoke-filled environment, their safety has to come first,” he said. “But for horses, they can range from a $200 horse as a family pet to hundreds of thousands of dollars of investment by the owner.”

He said this is the first time the rescue team is holding an educational workshop like this one to bring together the firefighters and local large animal owners.

“We were approached by Stephens College here at the equestrian center to look at some kind of safety program,” he said. “Most folks don’t take the time to think about ‘what if?’ If there were a fire in your stables, where’s that fire probably gonna break out?”

He said he encourages residents who have large animals at home to start planning ahead for emergency situations.

“What are the things you have stored in that building?” he said. “What are your ways into the animals, or your ways to get the animals out? Cause there’s only one way in and one way out, if that’s the case then, you’ve got yourself set up probably for a potential of something catastrophic.”

He said taking precautions doesn’t take much money and time.

“Maybe moving the hay into another building, maybe by taking out some of the power strips, cause you've got multiple fans plugged into it,” he said. “Look at other possible ways of ventilation, things that might be not necessarily overly-expensive. But, by taking the few moments and looking ahead, and look at things that we don’t wanna look at and think about, think about them ahead of time, and maybe prevent them.”

“If they want just general information or... some firefighter to come to them and look at that facility, at their stables, give us a call,” he said. “We are all about safety. You know, whether it’s a pet, whether it’s a show horse worth hundreds of thousands of dollars, it’s yours, protect it.”

According to Leake, the Boone County Large Animal Rescue Team is a partnership program between the University of Missouri College of Veterinary Medicine and the Boone County Fire Protection District.