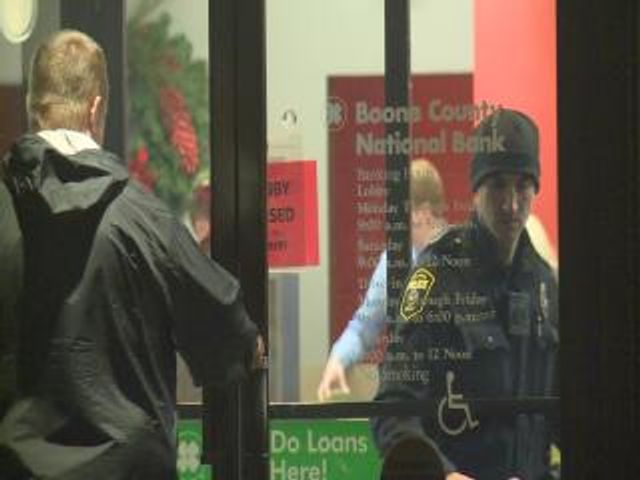 COLUMBIA - The 1916 Paris road branch of the Boone County National Bank was robbed Monday night.  Police confirmed the suspect got away.

The sixth robbery this holiday season happened at 5:04 p.m., right as the store was closing.

Bank spokesperson Mary Wilkerson said while the event was horrible, all employees were safe.

"They are trained to, as quickly as possible, get the person out of the branch, essentially, so no one is harmed," Wilkerson said. "And that's exactly what they did."

Wilkerson also told KOMU 8 even though she knew the amount taken from the bank, she could not reveal that information because it would interfere with police investigations.

Police can not confirm the direction the robber went after the heist or how they escaped.

Wilkerson also said this is not the first time this branch has been robbed.