Boone County Relay for Life Carries on Despite Rain 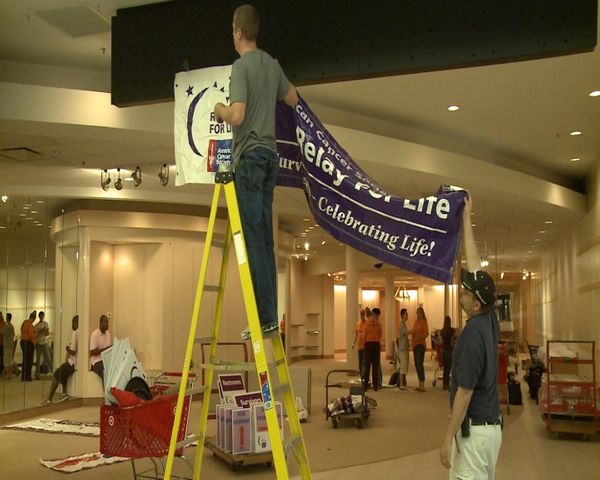 COLUMBIA - The Boone County Relay for Life crossed the starting line Friday in the Columbia Mall despite heavy rains throughout the week.

The whole operation had to be moved from the parking lot to inside the mall after weeks of heavy rain discouraged the American Cancer Society from holding the event outside.

"A lot of people don't know but we start planning for the event in September, so when we got notification about a week out that we were going to have to change everything we had planned it got a little stressful," said Jessica Ellison, American Cancer Society staff partner.

The goal is to raise $170,000 for cancer research. Members of the American Cancer Society said they are confident they will reach their goal.