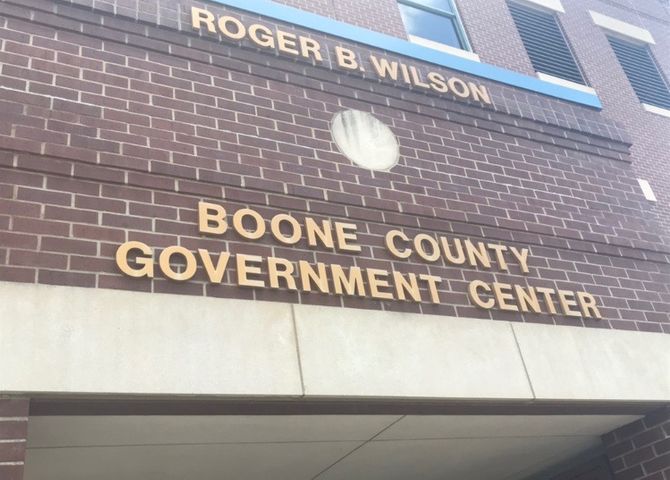 COLUMBIA -  Boone County Clerk Taylor Burks said in comparison to the midterm election in 2014, this year's registration numbers are doubled. In the month of July so far, Boone county registered 557 voters.

Boone County's registration numbers are "about on track with where we were for the 2016 presidential election year," said Burks.

The registration deadline for primary elections is Wednesday and voting will take place the first week of August.

Boone County residents can register to vote online until 5 p.m. Wednesday. Traditional mail-in applications are still accepted as long as they are post marked by Wednesday.

Burks said he thinks the current political climate and Proposition A is encouraging more people to register.

"Missouri has a hot senate race that's being watched across the country and that gets people engaged, Burks said.

Despite his young age, 12 year-old Jacob Schelp, leader of a Youth Legislation Forum, agreed with Burks. He said politics right now is a "touchy" subject, "but in Missouri alone the nation is watching Missouri's Senate race, there's a lot of good candidates coming."

The Youth Legislation Forum, sponsored by Schelp's 4-H club, gives kids the opportunity to chat with members of legislation in hopes of educating Columbia's young people on how democracy works.

Sophia White, a co-moderator of the Youth Legislation Forum, and also 12 years old, said, "it's so wonderful we the common people, the actual people vote on their president, their representatives, their senators, the people have a say in their country's welfare."

Schelp said he is looking forward to when he can vote and hopes that anyone who isn't registered does so.

"Voting is your right and you should exercise your right," Schelp said.

Burks said if someone misses Wednesday's deadline, that only restricts them from voting in the primaries, but there will still be time to get registered for the general election in November.

The Boone County Clerk's Office has more information on qualifications and application forms on its website.