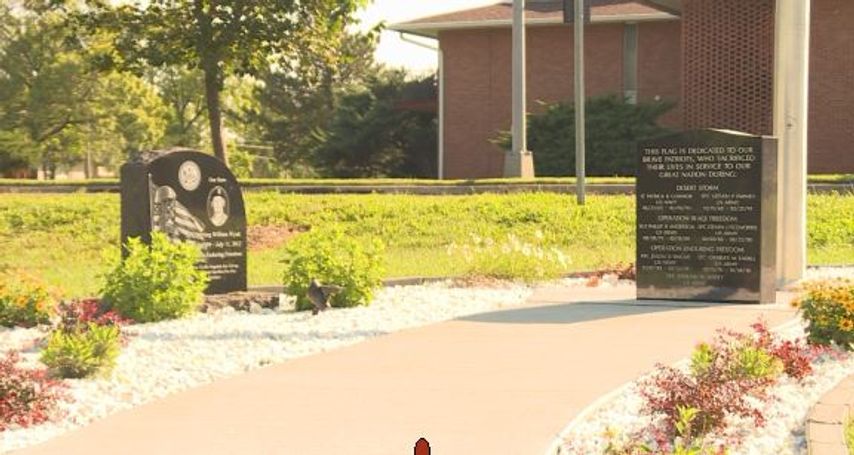 COLUMBIA — Some Boone County residents are upset after finding out that many soldiers are not eligible to have their names put on the official war memorials in downtown Columbia.

Eligibility requirements adopted in March say the only veterans who can be honored are those killed in action who were Boone County residents at the time of enlisting or at the time of death.

This means that someone who was born in mid-Missouri, lived in Boone County, went through the Columbia Public School District and moved away before enlisting cannot be added to the memorial. That was the case for Sgt. Phillip R. Anderson.

"He moved out to Washington and married a girl out there and went in the military and was killed. But he's from Boone County.  His family's here," said Reed Hickam of the Mid-Missouri Patriot Guard. "They have a memorial in their front yard for him. He is an actual Boone County citizen, but they won't recognize it because he didn't enlist here, and he wasn't living here when he died."

Hickam decided to take matters into his own hands by getting his own memorial placed in Sterling W. Wyatt Memorial Park.

"The memorial, I got it made because I wasn't happy with the way the Boone County Commissioners handled the one up at the courthouse, and there's only three names on that one at the courthouse," Hickam said. "All seven are on this one, and all seven of them deserve to be on that one, but the way they're wanting them to go about it just ain't right."

Janet Thompson, District 2 commissioner, said the requirements were made to be straightforward and credible.

"We consulted with Dewey Riehn, who is a member of the local VFW and a member of the committee who planned the Vietnam Memorial in Washington D.C., and thus considered to be a national expert in these matters," Thompson said in an email.  "The eligibility requirements are things that are contained in the paperwork that would be available from the federal government on anyone who might be eligible for inclusion on the monument and are measurable and not subject to dispute."

The commission requires the families of a fallen soldier to fill out an application on the county's website. Families must provide documents from the Department of Veterans' Affairs and the DD214 form, which includes the reason and condition of discharge from the military.

"The DD214 should provide the vast majority of the information that is needed. This is not a public document. The county can't seek out this document. It must be provided by the family, and once received, the name can be added to the monument," Thompson said at the meeting when the eligibility requirement policy was first read.

Hickam, however, said the families do not need to be worried about such things when they are already suffering.

"They shouldn't have to have the families do the petition," Hickam said. "They've already went through enough, you know, with the death of their loved one."

Hickam said he provided the commission with proof that all seven people on his memorial should be on the memorial downtown.

"It wasn't that hard. Google's out there. I found all the information there," Hickam said.