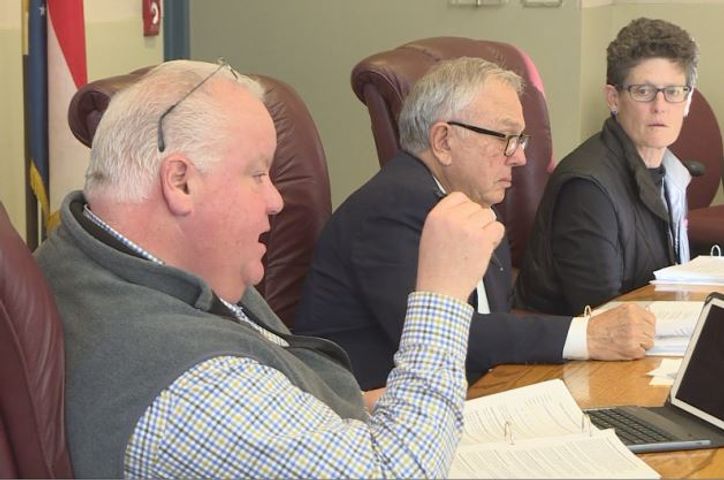 The commissioners have less money to spend than they had previously hoped. The budget proposal listed the failed use tax increase from the Nov. 7 election as one of the factors affecting the budget.

Many of the stated goals, such as providing additional staffing for the public administrator, prosecuting attorney and the sheriff, are in danger of not getting accomplished.

"The sheriff had requested three additional positions," District I Commissioner Fred Parry said. "We're only going to be able to fund one of his positions. The sheriff has a growing concern about his ability to keep the citizens of Boone County safe."

The proposed budget also stated that county officials "should expect flat or even declining revenues for the foreseeable future."

"It is a lean and mean budget," Parry said. "We need to be looking at ways to increase our revenue or cut our expenses. I think the Boone County auditor has done an excellent job of cutting expenses as much as could possibly be done at this point."

Among the "future outlook" notes in the proposal, it stated a necessity to "educate voters and win their support in passing a local Use Tax."

"We have got to address the negative trend that we have in sales tax revenue growth," Parry said. "We have a lot of work to do, in terms of, if the citizens of Boone County want to continue receiving the services that they think are valuable, including public safety, we're going to have to address the revenue issue in county government."

"Suck it in, because your belt is going to get tight," Pitchford told commissioners.

Three budget hearings are scheduled for Nov. 28, Nov. 30 and Dec. 5. The hearings are open to the public, and feedback is welcomed as the budget gets revised.

According to state law, the budget must be approved by Jan. 10, 2018. The scheduled approval date is set for Dec. 19.

Local reaction after use tax fails in Boone County and Columbia