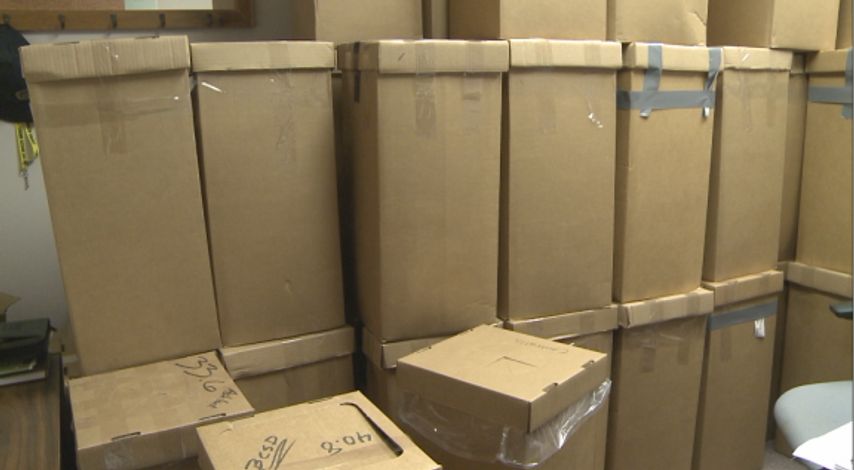 COLUMBIA – Boone County saw its largest collection of unwanted and no longer needed medications during this weekend’s Prescription Drug Take Back event.

972 pounds of drugs were collected this year, compared to the last collection of 895 pounds in April 2016.

“That is far and a way a record for the amount of medications collected in one single event. We normally average five-six hundred pounds worth of medications,” said Major Tom Reddin from the Boone County Sheriff's Department.

The event took place on Oct. 27 and 28. at seven different collection sites throughout Boone County.

The results were as followed:

Boone County started the event in 2010. Since, they have held biannual events to collect drugs. This October’s collection saw a huge increase since previous years.

During the first event in June 2010, Boone County collected roughly 121 lbs. of drugs. Since, the following amounts have been recorded.

This past weekend’s results were a 77 lb. increase from April of 2016, which holds the second highest recorded.

According to Reddin, roughly 353 pills equal one pound, meaning nearly 343,116 pills were collected this weekend.

Reddin said it's hard to know exactly why there was such a big increase this fall.

“There’s a lot of speculation, is it because of the opioid overdose and abuse problem that’s going on, the recent media coverage of that, could all of that be part of it? Certainly,” Reddin said.

Reddin said they collect “anything from over-the-counter cough medicine to some of the most potent pain narcotics that are prescribed.”

The Cole County Sheriff's Department and the Tao’s Water District #4 also sponsored the event on Oct. 28.

All of the collections will be turned into the Drug Enforcement Administration. The organization will destroy them by incineration.

“It’s not getting into the hands of those that might abuse it or sell it or distribute it illegally in some way, and we know it’s not getting flushed down the toilet to go into ground-water sources or do some other environmental contamination,” Reddin said.

People don’t have to wait until the twice-a-year event to be able to expose of their drugs properly. The City of Columbia has a Household Hazardous Waste Disposal Program that allows people to drop off drugs during two Saturdays a month from April to October.