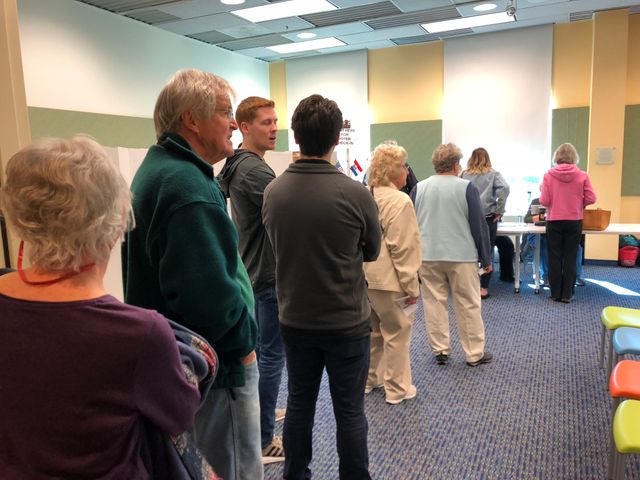 Boone County Clerk Taylor Burks said he originally predicted 65% turnout, but the final numbers put the turnout at a little more than 70%.

Even the predicted 65% would have been a large turnout for a midterm election. Burks said the largest in the last 20 years was in 2006, with 66% turnout.

One voter said he went to his polling place four different times, trying to miss the crowd. He said he thinks important to vote, even if he ended up waiting in line.

Roughly an hour after the polls opened, an electronic ballot box busted. Poll workers at the Trinity Presbyterian Church had voters put their ballots into a provisional ballot box. Burks said this is protocol. Ballots put into the provisional slot will be counted at the end of the night by hand.

Burks said the turnout is at the level of a presidential election.

"We’ve never hit it in the last 20 years. I went back to 1994 and we’ve never hit 80% in a midterm. That exceeds most of our presidential elections."

One voter said this election was important to him because of its influence.

"Casting my vote for the Senate was definitely important, especially with how close it is, because it could go either way," Jackson Sparks said. "I think it’s just as important as the presidential election, because they have almost as big of a sway as the president does."

Another voter said he wanted to show his son how to fulfill his civic duty.

"The way the world is going, you have to vote to try to make a difference. When you don't vote and things seem to not go the way you'd like them to, you have no say so in the matter," Jimmie Boyles said.

There was also a spike in absentee ballots this year.