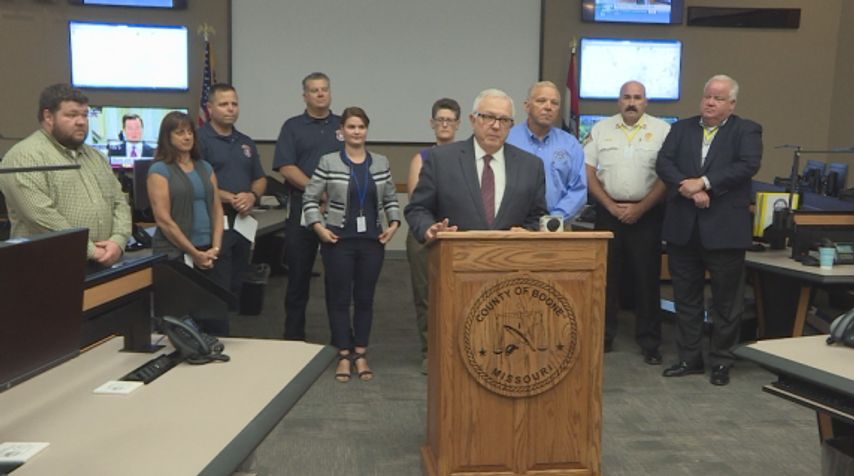 75 county officials will travel to Maryland this fall to train with FEMA and the Emergency Management Institute, after it selected Boone County as one of three communities from across the country to train there.

Th officials will spend four days on FEMA's campus in Maryland taking a Community-Specific Integrated Emergency Management Course. The training will include lectures, discussions, and group exercises to train and prepare the Boone County response and recovery community for future natural disasters.

"There’s great impact to the community on the positive side for going out here and taking 75 people from all over the county," Cassil said. "Because those are the 75 people that you’re going to want to mitigate a real disaster when one does happen in Boone County."

This isn't the first time Boone County has participated in the program. The Emergency Management team sent county officials to train in Maryland in 2005.

Cassil was working with the Columbia Fire Department then and was able to attend to the course.

"There were many people that I had never met before in county government, even in city government, and I worked for the city, that I got to spend time with, sit around a table, work through problems," Cassil said. "Then when we had a flood in 2007, those same faces were sitting around that table, so it was much easier for us."

The 75 members selected will come from all Boone County communities, including city and county emergency services, elected officials, and representative from other county or city departments. Other communities in the area will help fill in for officials attending the course during those four days.

FEMA is covering the majority of the costs for the program, so it will be relatively inexpensive for Boone County Emergency Management.