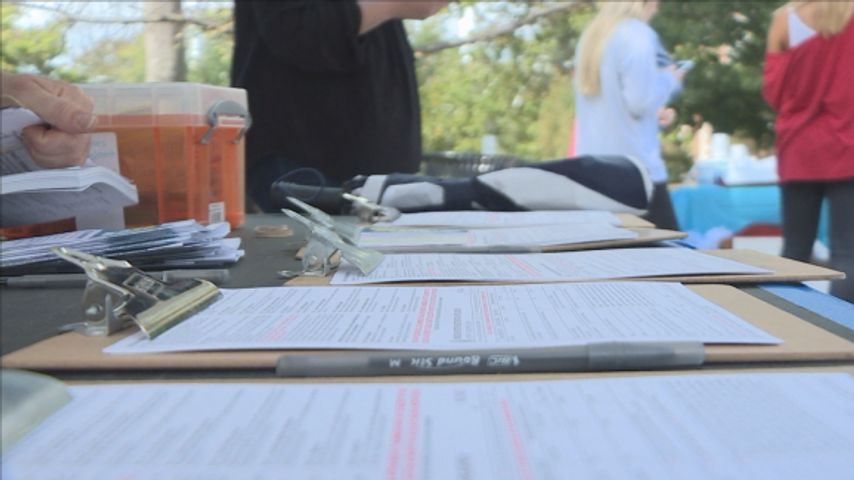 BOONE COUNTY - Voter registration numbers are steady despite an increase of 9,000 people in Boone County.

Today is the last day to register to vote for the general election in Missouri.

In Cole County, the data is steady with increases every two years when it’s a presidential year.

In Boone County, you can see the same. However, there is a huge increase every midterm election. In 2014 there was 95,943 people who registered. This number went up almost 9,000 to 104,854 as of this morning with an expectation to get to 105,000 before voting registration closes tonight.

Taylor Burks, Boone County Clerk said this is completely normal, even though the 2014 number was only 2,000 more than the 2010 numbers.

“This is normal for a general election year, midterm years tend to be a little lower profile, little lower visibility or participation than a presidential year but very much in line with what we normally see,” Burks said.

Burks said this year may see some increase because of the nature of the U.S Senate but that Boone County grows fast, with around 2,000 new residents every year so the 9,000 increase during midterm years isn’t that strange.

“With our population growths, student populations moving in, moving out of the county, everything is in line and kind of what we’re expecting,” Burks said.

Although there were many celebrities coming out and urging people to vote, there was no real change in mid-Missouri. Annalee Roustio, a junior at the University of Missouri, said that these celebrities should keep on posting.

“For people who maybe aren’t so interested in politics, now they have a chance at being reached," Roustio said.

Voters will have until 5 p.m. to get there submissions in. Boone County Clerk's Office said that the deadline for address changes for registered voters is later this month.