Boone County voters have a new way to check in 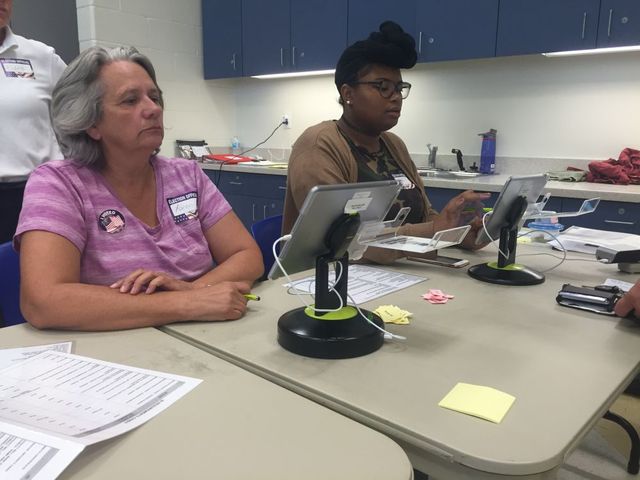 COLUMBIA - Boone County polling locations are using iPad's for voters to check in for the first time Tuesday.

Polling supervisor Nono Jost said voters have noticed the technology improvements and how much easier it is to sign in.

"It is nice because it makes it easier to look someone up and it's faster," said Jost.

Polling supervisor Don Reed said the iPad's have been an enormous help in making the workers' jobs easier and wouldn't want to do it any other way.

"It's just easy to use. The program is very simple. Before it would take anywhere from a minute to a minute and a half to process a voter where these we can process a voter in less than 30 seconds," said Reed.

Some Boone County polling locations have had problems with the paper machines. The high humidity in the air creates a damp paper that causes a sticking in the machine when the ballot is inserted.

Reed said if the ballot is having a difficult time going through, the machine will still record the vote. If there are continuous errors with the machine and it cannot read the ballot, then the vote will be counted at the clerk's office after the polls close.