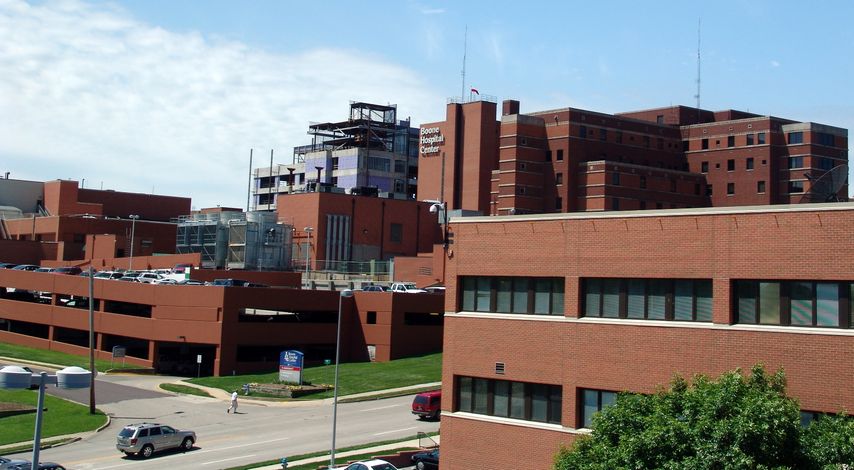 COLUMBIA — The Boone Hospital Center board of trustees will exclusively work with University of Missouri Health Care on a partnership.

Representatives from both the hospital and MU said in a press conference Tuesday that MU Health Care was chosen over three other companies competing to operate the hospital in Columbia.

Boone Hospital currently has a lease with St. Louis-based BJC HealthCare that expires in 2020. The trustees and BJC are required to notify one another about any changes in the lease by December 2018.

Brian Neuner, the chairman of the board, said the hospital notified BJC and the other competing health care programs: Duke/LifePoint Health Care (Kansas City, Missouri) and Saint Luke's Health System (Brentwood, Tennessee). He said the other programs are still willing to work with Boone Hospital Center in case negotiations with MU Health fall short.

"We met with Marcy Gram and John (Curtwright)," Neuner said. "Gram, who is president of the university's board of curators, started the meeting by saying, 'This has to be a win-win.' We have never heard that from MU."

Johnathan W. Curtwright, chief operating officer at MU Health Care, said this is a collaborative partnership and not a merger. He said the move provides more facilities and services for patients.

"We are currently very, very full," Curtwright said. "By any metric you want to look at, we're at about full capacity to the point where we're being a little less efficient than we want to be. We have some growth in our main facility, we have some growth in Missouri Orthopedic Institute. But our main hospital, university hospital and women's and children's hospital are extremely tight right now."

Neuner said it's too early in the process to determine what effect the potential partnership will have on patients. He said the next step would be for both sides to meet together to determine the feasibility of the partnership. He also said Dan Atwell, the Boone County Presiding Commissioner, would be at the meeting to ensure the community is represented.

"Boone Hospital is the county's largest asset," Neuner said. "So our decision greatly affects the county, and we want Dan involved in that."

Neuner said he expects the meetings to last for at least six months. He also said representatives from both Boone Hospital Center and MU Health Care plan to visit other hospitals with similar systems already in place, such as the University of Indiana's partnership with Methodist Hospital in Indianapolis, Indiana.