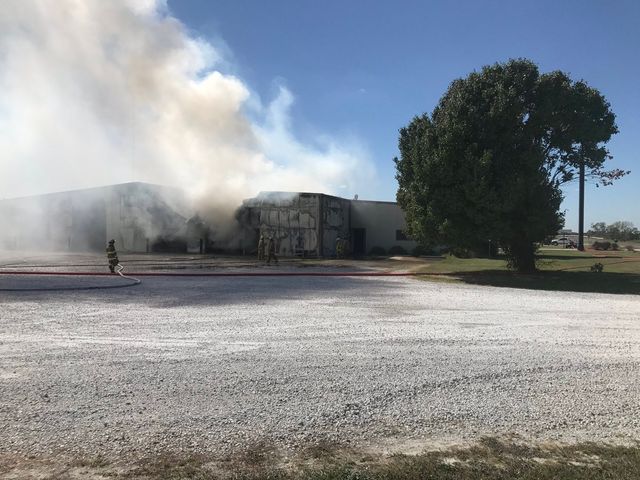 No one inside at the time was injured.

"They were working on a diesel fuel tank at the time of the spark," said Cooper County Asst. Fire Chief Russell Schmidt. "They made the attempt to stop the fire by using some extinguishers, but they were unable to stop it."

Fire caused the roof on the west side of the building to collapse, blocking a path to fight the blaze. Fire crews brought in a nearby construction crane to tear away debris and clear the way.

One firefighter was treated at the scene for overheating. The building is considered a total loss.