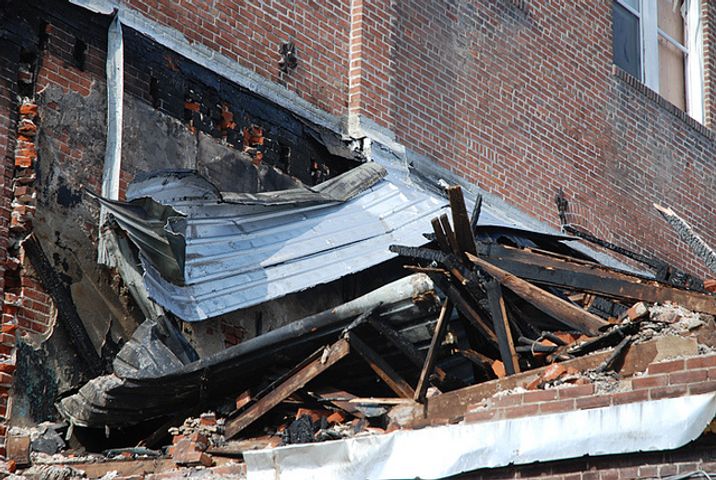 BOONVILLE-- Four businesses are rebuilding after a fire severely damaged a building on Main Street last week.Insurance agent Charlie Brown said he hasn't been able to go into the building to see what, if any, items he can salvage.

"In my building, for instance, the back third of the building burned, the middle third fell into the basement, and the front third has the upstairs in it," Brown said.

Brown said a senior center occupied a large part of the building, but they had been able to move their activities to other places in Boonville. Brown serves on the board of trustees for the senior center.

Dance instructor Joanie Coble moved her dance class, Turning Point Dance Studio, to Central Elementary School after her third-floor dance studio was damaged. Getting another place to practice was crucial because she said her class will hold a performance in two weeks. Coble said the community's rapid assistance meant her troupe did not fall behind on its practice schedule.

Ilene Vanabbena, who owns Maggie's Bar & Grill across the street from the burned building, said she hopes the building's remains don't get torn down. She said she loves the character older buildings like it have. Vanabbena said the bar at the Stein House alone was probably 100 years old and beautifully preserved. The owners of the Stein House could not be reached for comment.