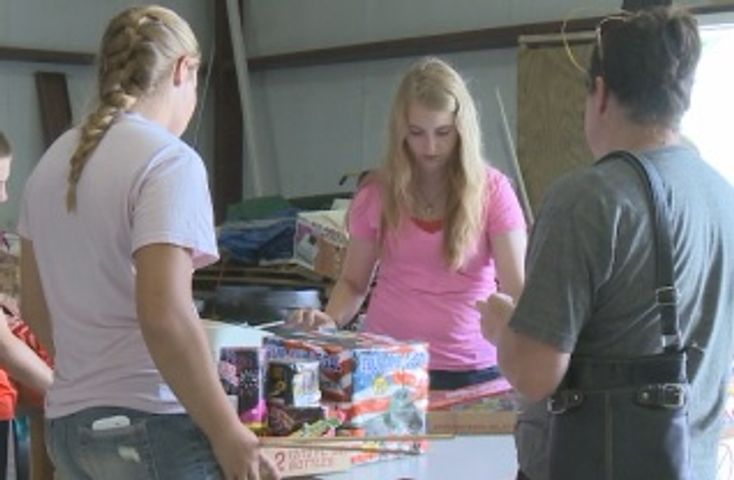 BOONVILLE - There are plenty of places you can go to buy fireworks this weekend. But one stand is selling fireworks that do more than light up the sky.

Fireworks For Life in Boonville is a non-profit organization that helps provide financial assistance to cancer patients in Cooper County.

Jim Edwards and his wife have been running a firework stand for more than fifteen years.

But nearly ten years ago, their son was diagnosed with cancer, and they had trouble paying the bills.

"When the doctor came in, he said he had about another thirty days," Edwards said. "If he wouldn't have had a transplant, he would be dead."

He said they were inspired to overhaul the fireworks stand after the community came together to raise money for his son. Edwards said Fireworks For Life gives fifty percent of its earnings to help cancer survivors and their families with expenses that pile up during their illnesses. The organization became a 501 (c)(3) charitable organization this past year.

"What we don't get to see is what happens afterwards when it gets quiet when they have to live their lives again," Fireworks For Life board member Ned Beach said.

Beach said this is where the organization comes in. Edwards said they have given cars, vacations and even paid rent for cancer patients in Cooper County.

Edwards said it's hard to describe the feeling he gets from making a difference in someone else's life.

"It's a feeling you have to experience to be able to explain," he said. "The feeling of helping somebody that you don't even know and making their life better..is overwhelming."

"It feels good to be part of giving back to the community," Francine Edwards said.

The stand also gives a portion of its earnings to local youth groups who help run the stand. This year, the Saints Peter and Paul Catholic Youth Group and 4-H are benefiting from helping with the stand.

Jim Edwards said he hopes to open similar firework stands in other counties around Missouri. For more information, visit the Fireworks For Life website. The fireworks stand will run through July 4th.