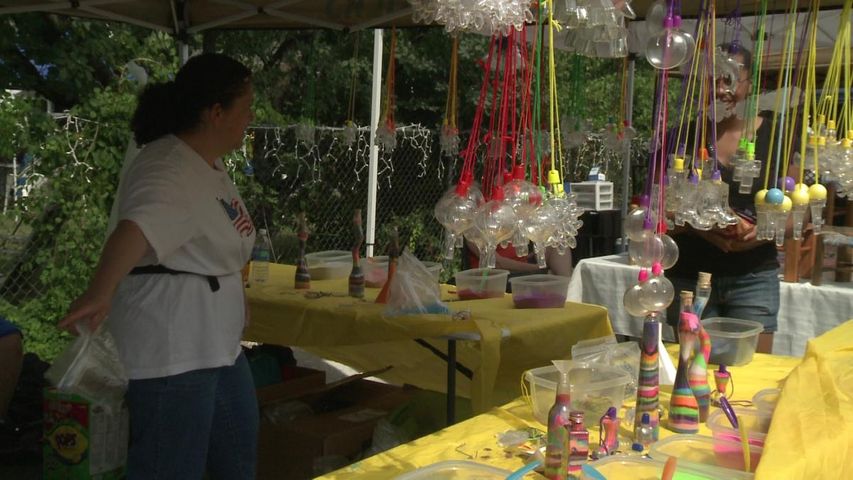 BOONVILLE - Organizers said Saturday they were expecting more people to attend the annual Heritage Days festival than ever.

Boonville Area Chamber of Commerce Director Kim Alberts said while there is no way to track general attendance, she estimated "several thousand" people would attend this year's festival. Alberts said organizers had to turn vendors away due to a lack of space along Boonville's streets. She said a record 67 dogs were entered in the Mutt Strut contest, and a record number of children entered the Little Mister and Little Miss contest.

Beneath the shade of a tree on Fourth Street, Boonville-born Columbia resident Michael Imhoff carefully cleaned every nook and cranny of his 2006 Ford Mustang Roush Stage 3, one of dozens of cars lining the street. Imhoff said he has attended the festival's car show for the last six years. He said the car show is very well-organized, and he likes the fact that the cars are always parked in the shade. He said the show draws a good variety of cars. Cars on display Saturday ranged from a 1955 Ford Thunderbird to a new Hyundai Veloster. Imhoff said the town's old-fashioned feel suits older cars well.

The festival also drew newcomers like Columbia resident Ines Hernandez, who ran a sand art stand just yards away from the car show. She said she started attending festivals two to three months ago and uses the money she makes from her sales to buy new equipment for a daycare center she runs. In addition, Hernandez said she uses her stand as a self-contained business and personal finance lesson for her sons. Hernandez said she liked the atmosphere in Boonville, saying there was "a lot of action" in the town despite its size.