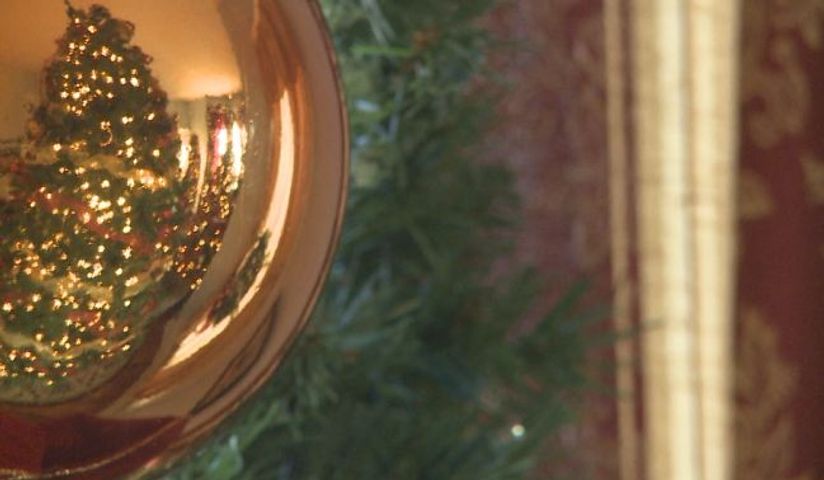 BOONVILLE - When Edward Lang started preparing for Christmas this year, the temperature was more than 100 degrees.

"I started mid-August," Lang said. "I finished just this last Saturday, when it was about five degrees outside."

Over the almost four month span, Lang was decorating the historic home of Walter Williams, one of the original founders of Mizzou's journalism school.

He started the tradition just four years ago, and this year assembled 68 Christmas trees, with thousands of lights, ornaments and other holiday decor.

"It was ultimately a recount," Lang said. "The original goal was 55. I didn't realize I had so many."

Lang received some help from a friend, but he completed most of the work when he would return home from his job as managing editor of the Boonville Daily News.

"I've been collecting Christmas [decorations] since I was three feet tall pretty much," Lang said. "Until I moved here I think 25 trees was my norm, but between 64 standing trees here and four on the walls... it has gone beyond that."

Lang said he is very frugal, using mostly donated trees and decorations from community members. The most difficult part is powering the more than 50,000 lights he uses throughout the home.

He uses money from the $5 tours he gives to visitors of the house to keep the lights on. His home is just one part of the Historic Boonville Christmas Homes Tours he and other historic homeowners offer.

In terms of taking it all down, Lang said the process takes about a month and a half, but he usually keeps them up until the end of January. He then stores most of the trees on the third floor of the house.

"I do go overboard occasionally," Lang said. "But I try to push the limits of what I can do."

The Walter Williams mansion is located at 711 E. Morgan St., for tour information you can visit GoBoonville.com or call Lang at 660-888-8932.