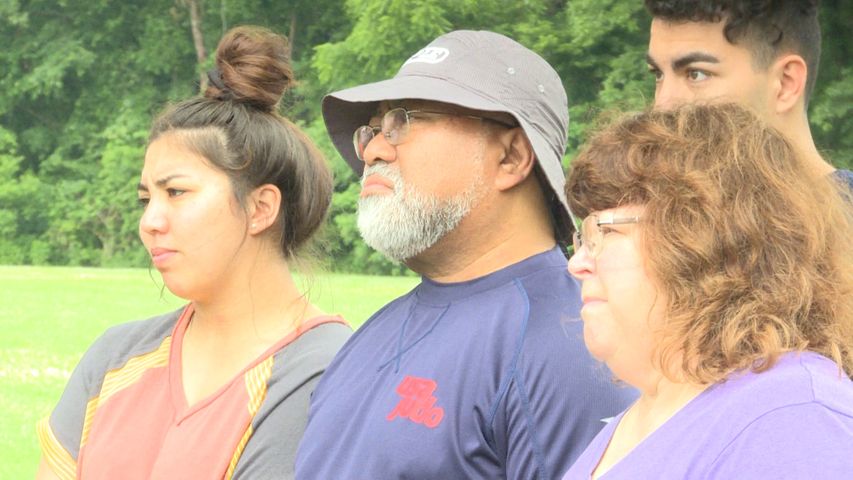 BOONVILLE - Residents listen to the stories shared by speakers at the unity at the park event on Saturday.

BOONVILLE - Rainy weather could not dampen spirits in Boonville on Saturday.

Neighbors from across the town of nearly 9,000 residents gathered at Kemper Park to discuss the ongoing racial injustices facing communities across the nation.

The event, "Unity in the Park", was organized by Terrance Perry, a Black paraprofessional at a local middle school. Perry, who followed many of the protests in mid-Missouri, wanted to reimagine a way to bring people together.

“A couple weeks ago, we had a march down here,” Perry said. “So it was like alright, do we do another March? Or do we try to unite? The proper thing would be to try to unite.”

The event took place blocks away from St. Matthew’s chapel African Methodist Episcopal Church, a predominantly Black church in Boonville. The pastor at St. Matthew’s, Bridget Mitchell, was among the many religious leaders invited to speak at the event about the role of faith in the fight against racism.

“Our church, we have a policy where our door is never closed to anyone,” Mitchell said. “It doesn't matter male, female, child, race, gender, gender identity, we refuse no one. And so if we start to adopt an open door policy, to say that you can be here, even without being one of us or looking like us, then I think you would see more, more diverse diversity.”

Both Mitchell and Perry outlined the need for young people to step up and lead the fight for justice into the next phase.

Perry said putting young people in the right mindset to fight for equality starts at home.

“We got to show our kids, our youth that it doesn't matter what color he or she is, or what gender they are,” Perry said. “It's just about us coming together and loving one another. There's no love. There's a lot of hate in this world today. And right now we got to bring love back to the world – back to society.”