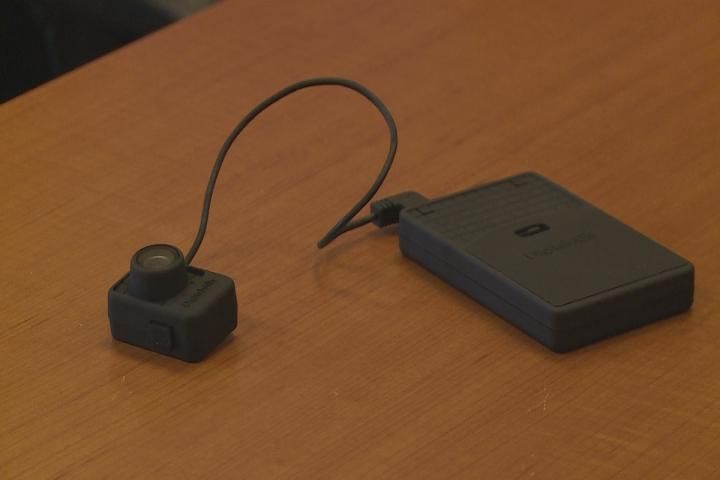 BOONVILLE - A new technology used by some larger police departments is spreading to smaller communities in mid-Missouri.

"Since Ferguson, we feel the interaction between citizens and police should help tell the whole story when the contact is made between the two." Boonville detective Randall Ayers said.

Ayers said he does not anticipate events like those in Ferguson happening in his community, but he said the cameras could help his officers complete daily tasks.

"I believe it will help in report writing as well," Ayers said. "When they're interviewing somebody maybe they'll pick up something they forgot to put in the report."

A grant paid for 13 of the cameras while the city bought the rest. Each camera cost $738.

"That's a lot of cost for this town. I mean it will help the citizens out in sharing their story and what actually happened," Boonville resident Matthew Harrison said.

"It's a good idea and it will help take down the problem of what he or she said. They will actually have evidence of what's going on," Tibbetts said.

Tibbetts said he does have some concerns about the cameras being effective at all times.

"The thing is if they can keep it on. It doesn't have a shut off thing they can mess with, because if they did that it would be kind of an issue." TIbbets said.

The cameras cannot be turned off, but they can run out of battery.

Officers are responsible for keeping their individual battery charged during their shifts.