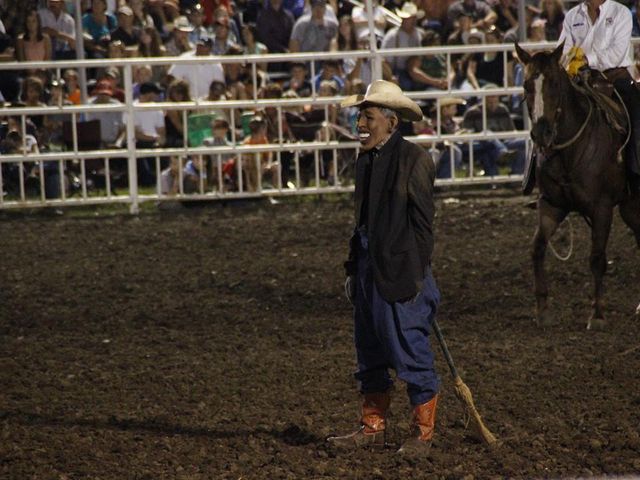 BOONVILLE - A professional acquaintance confirmed to KOMU 8 News Monday Boonville R-1 School superintendent Mark Ficken was the rodeo announcer at the Missouri State Fair Saturday during a stunt where a man wore a mask of President Obama.

"I guess in my opinion, it was more racist than it was conflicting with his political views," Thompson said. "I thought it was really disrespectful of him, especially with him being in the public eye of a superintendent in Boonville."

Another Boonville resident told KOMU 8 News he would have thought it was funny if he was at the rodeo, but he thinks Ficken was wrong in his political views.

Some KOMU 8 News viewers also wrote their opinions on our Facebook page.

Cindy Belford commented, "I would have laughed hysterically."

They also said it does not reflect the opinions or standards of the Missouri State Fair.

[Editor's note: An earlier version of this story incorrectly identified Ficken as an announcer wearing the mask and as a rodeo clown.  Those errors were corrected as soon as the accurate information was available.]