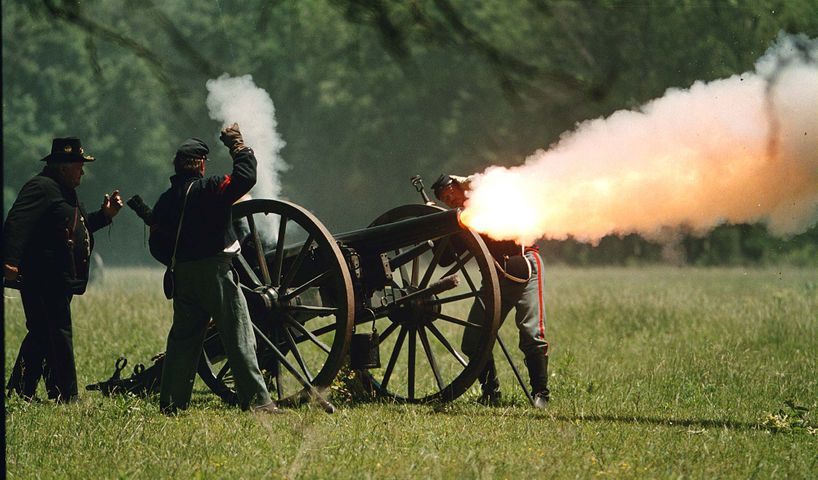 BOONVILLE - The Boonville Civil War Commemorative Commission will host a three-day Civil War re-enactment this weekend to commemorate the 150th anniversary of the First Battle of Boonville. The re-enactment will take place at its original location five miles east of the Boonville City limits on Rocheport Road.

The battle is said to be historically significant becuase it ensured Missouri and the Missouri River would remain under Union control. It was also the first land battle of the Civil War.

The commission spent three years planning the event. 741 re-enactors have signed up to participate and there will be 24 cannons. Officials said one of the highlights of the weekend will be a horse drawn cannon.

Commission co-chair Maryellen McVicker said the re-enactment will be the first of this size. Although it is the fourth re-enactment, the commission does not know how many guests to expect.

Civilian re-enactors will set up more than 500 tents before the festivities begin this weekend. The re-enactors will camp out in tents throughout the weekend and demonstrate what is was like to live during this part of history. Frequent re-enactor Teresa Cox said she hopes guests will take the opportunity to learn and not be afraid to ask questions.

Those in attendance will see cannon firings, learn about the battle through presentations, listen to Civil War music, and watch a re-enactment of the First Battle of Boonville.

Officials kicked off the event Thursday night with live music and cannon firing.

All events are open to the public, but Friday's activities focus on educating students. The site opens for the public at 9 a.m. Saturday and Sunday. The battle re-enactment will begin at 1:30 p.m. Saturday and 1 p.m. Sunday. Parking is $10.