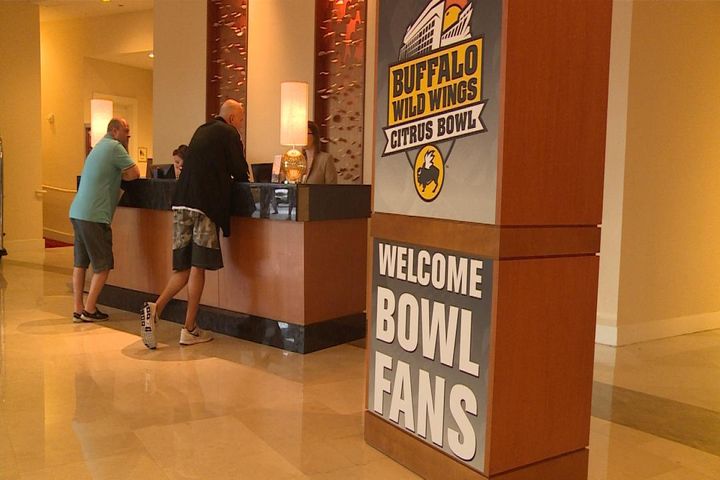 ORLANDO - Orlando is known for its famous theme parks, such as Disney World, but there are other events in the city that bring in big money.

There are four bowl games in held in Orlando every year helping out hotels, amusement parks, car rentals and many more businesses.

"It's pretty robust for our community in any given year. It can max out in the range of $89 million of total economic activity depending on the mixture of teams," said the CEO of Florida Citrus Sports Steve Hogan.

He said most teams are comparable. The amount of time each team stays in the city makes the main difference between how much money is brought in.

Some businesses said they would be busy even without the bowl games.

"Bowl games in general don't have a direct impact on our attendance," the marketing manager for Wet 'n Wild, Ashley Reyes, said. "The Orlando market is always busy this time of year with holiday travel, so it makes sense that the local parks would be as well."

The Rosen Plaza hotel said it would most likely be close to capacity even without the bowl games.

Hogan said he's interested to see how the Citrus Bowl effects Orlando this year since Minnesota hasn't played in a New Year's day bowl game since 1962.