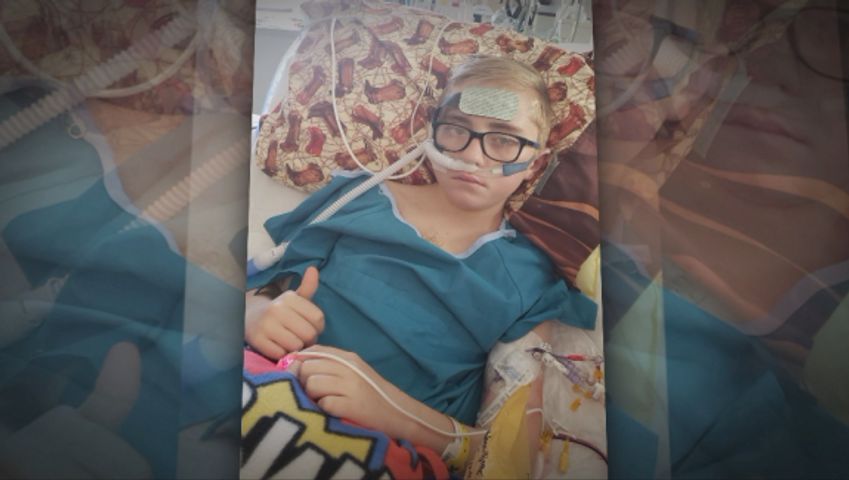 PARIS - The new year is usually filled with resolutions and new beginnings. For one boy, it meant a new heart.

Paul Conboy, a single dad with three kids, woke up in the middle of the night on December 30 to his son Robert struggling to breathe.

At SSM Health St. Mary's Hospital in Mexico, 13-year-old Robert was told they did not have the right materials for how bad his case was. They took Robert by ambulance to Columbia's Women and Children's Hospital.

"They struggled to get the IV in because I was so dehydrated," said Robert.

"After they did this X-ray, everyone went quiet on me," said Paul. "I just had flashbacks of his mother."

Robert's mother, Melissa, found out she had congenital heart failure after her twins were born. She later died from the condition. Robert had the same rare condition, but didn't know it until now.

Because Women's and Children's Hospital did not have a pediatric cardiac team, Robert was flown to St. Louis' Women and Children Hospital. Doctors weren't sure he would survive the ride.

That night, Robert's heart went into cardiac arrest and later into failure. After four days on the transplant list, Robert got a new heart.

"I knew that was God answering my prayers," said Robert. "Before, they said I was probably going to be there for months and months before I was probably able to get a heart."

After 11 hours of surgery and a month in the St. Louis hospital, doctors confirmed Robert had the same rare genetic heart failure that killed his mother a year earlier.

Doctors recommended Paul get his other two children checked and found that his daughter, Bryanna, also has the same condition. They caught it early enough to treat. Robert's twin, Zachary, does not show signs of the condition.