Boys and Girls Clubs of Columbia gets new STEM spaces 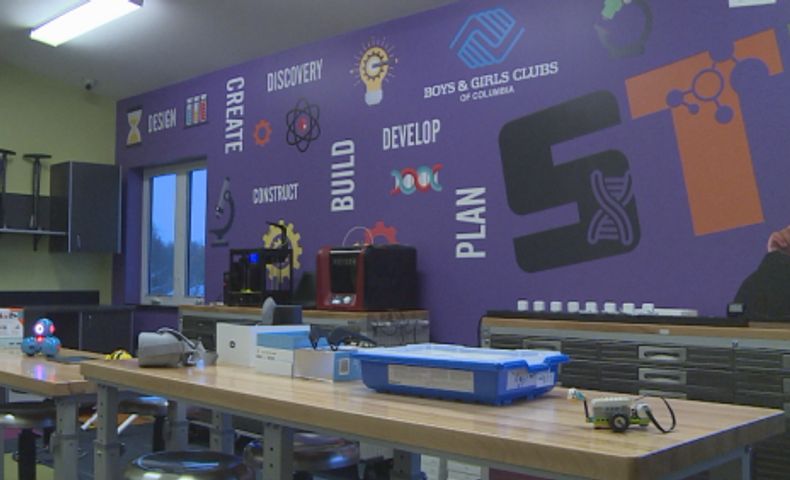 Jaylana Brookins is a fifth grader who wants to be an engineer and has been a member of Boys and Girls Club, BCG, for about six years. She says the BCG has taught her engineering isn't only technical.

"Being an engineer is building confidence instead of buildings," Brookins said.

The STEM room has technology like robots, lasers, a 3D printer and virtual reality headsets for kids to use during after-school and summer programs.

Brookins said that she wants to use the 3D printer to make some room decor.

Charles Koenig has worked at BCG for almost a year is one of the main teachers for the STEM bus and classroom.

"Jobs are moving away from manual labor and into a more kind of technical area," Koenig said.

He also said it's part of the introductory process other jobs already have.

"I didn't take my first programming class until I was a sophomore in college," Koenig said. "I think it's really important to start STEM education when children are younger so they can have  a better idea about what they want to do for a living."

Another part of the STEM project is a school bus remade into a mobile classroom.

“Barriers such as access or transportation or affordability prevents kids from having opportunities,” Livingston said.

The bus can move the club’s technology devices and bring them to neighborhoods, non-profits, parks and schools, Livingston said.

“We kind of laugh that, instead of the ice-cream truck rolling up, the big STEM bus is going to roll up this year,” Livingston said.

Livingston said roughly $100,000 went into renovating the room and bus. A 21st Century Community Learning Center grant provided funding. The Club raised $40,000 for parts of the project the grant would not cover, Livingston said. The project had about 20 private donors.

The club partnered with Columbia STEM Alliance, a group that provided input on the project, Livingston said.

Livingston said the club will expand STEM programs to reach more kids now that there are more supplies. She said the club wants to start a competitive robotics league.

Director of Program Development Flor Loya said she is excited for the STEM room and STEM bus.

“I think it’s extremely important to be able to provide an opportunity for our kids to access technology that is super cutting-edge, that our kids normally wouldn’t have access to, had it not been through this program,” she said.

Loya said she knew a child at the club who developed an interest in STEM over the summer.

“He just realized how much he loved science, and how much he liked taking things apart and building them back together,” she said. “Helping kids connect the dots at a early age is really exciting.”

(Editor's note: This story has been updated to reflect the most recent information.)