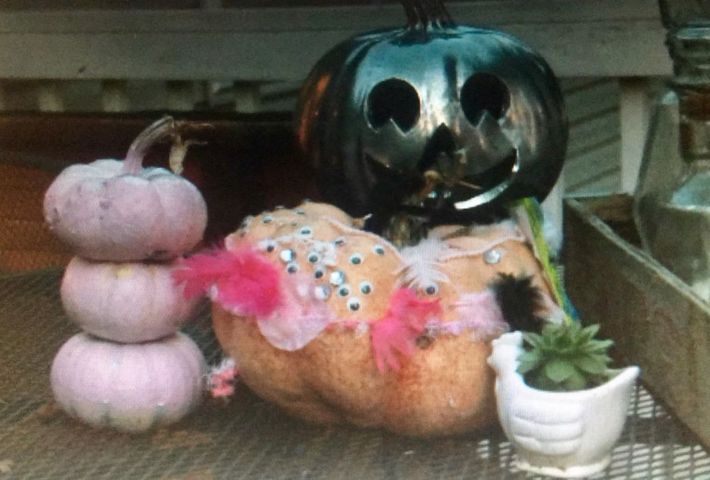 COLUMBIA- Pumpkins are known to be orange, but for the past three years Bradford Research Center has been planting and harvesting pink pumpkins for Alisha Moreland’s Pink Pumpkin Painting Party.

“We paint the pumpkins pink as a visual reminder to go out there and get those mammograms,” Moreland said.

She first began the party a decade ago in honor of her boss’s personal fight against breast cancer.

“She was just taking a regular shower and she felt a rather large lump in her chest. Unfortunately, it was breast cancer,” Moreland said. “She was like many of us who think ‘Cancer will never happen to me.’”

Moreland said that whole situation served as a wake up call to her.

“I made it my mission to try and remind those ladies to get their mammograms.” Moreland said. “Everybody is busy and we know October is breast cancer awareness month but what does that really mean? To me, it was that there needed to be an actionable item.”

Until a few years ago when she began working with the Director of Field Operations at the MU College of Agriculture, Food and Natural Resources, Tim Reinbott. Originally, she reached out to him to ask him to donate a few pumpkins to her cause.

“I called Tim up and honestly he believed in what I was trying to do, he was a catalyst for this whole program and wanted to help anyway he could,” Moreland said.

Reinbott told Moreland he wanted the Bradford Research Center to plant and harvest those pumpkins for her painting party.

Last year, the Bradford Research Center picked and handed out more than one hundred of those pink pumpkins.

Moreland says the growth her event has experienced has truly overwhelmed her.

“I’m not usually one to get emotional, but when I saw that pink pumpkin patch for the first time, I was fighting back tears,” Moreland said.

She said her goal is to make sure women don’t just think about breast cancer during the month of October. Moreland constantly reminds her co-workers and friends to always check.