Branson to Host Legends in "Top of the Rock" Golf Tournament 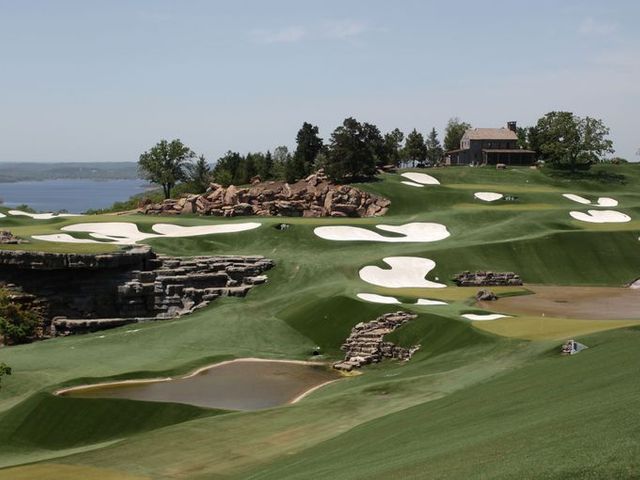 BRANSON- Jack Nicklaus always said that golf needed energy in order to gain popularity. His famous vigor for the sport will be inserted into Missouri with the "Top of the Rock" tournament a few miles from Branson.

On Sunday, June 9th, the tournament at the par 3 golf course will kick off its inaugural year with a "Legends of Golf" round. It will feature the talents of Gary Player, Tom Watson, Lee Trevino and the course designer- Nicklaus.

Tournament Director Kirk Elmquist believes the tournament will be intense.

He also said the contest is the epitome of Nicklaus' mantra.

"Jack Nicklaus' influence is enormous here," Elmquist said. "Jack has talked how golf needs energy and how we can get people back to golf and how things like this will bring it to fruition."

According to Elmquist, NBC Golf will show the tournament and it is slated to run with the PGA for five years. Starting in 2015, the tournament will run for the entire third week of April.

(Zack Newman contributed to this report.)