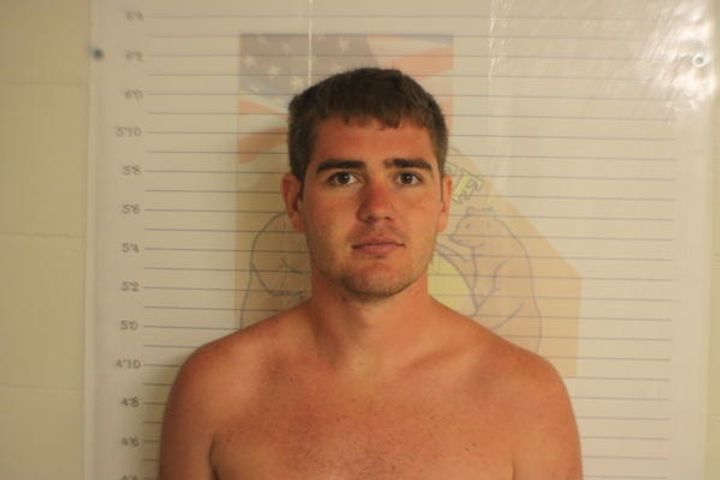 The sheriff's department received a call about a burglary in the Proctor Road area of Morgan County. When officers arrived at the house they searched it and found a man hiding in a back bathroom of the house. Lt. Mike Nienhuis put Adkison in cuffs at about 2:15pm.

"He just asked me to please not shoot him and I obliged," Nienhuis said.

He told KOMU 8 News that Adkison was wearing only shorts and flip-flops and was not armed, as officials had initially believed.

"He was complaining about how bad the ticks are out here," Nienhuis said. "I think he was looking for a way to turn himself in but didn't know how."

Adkison told investigators he was in the house looking for food. Officers took Adkison back to the Morgan County jail and held him in booking until a warrant was drawn up. The official charges held against him as of now are 2nd degree burglary.

"He told us that the charges by all of the other counties are bogus and I told him if that's true then running away really helped his case," Nienhuis said.

The manhunt went on for about 36 hours. Nienhuis said the arrest was made possible with the help of the public. He said more than 30 calls were made about possible sightings of Adkison. He also said about 20 different law enforcement agencies helped with the case.

Adkison is in the Morgan County jail tonight without bond.