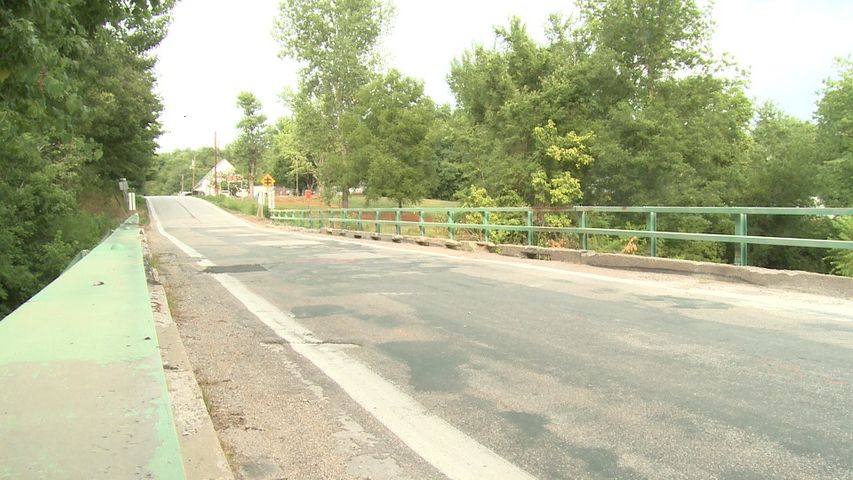 PORTLAND, Mo. - An old, decrepit bridge is all that stands between Wally Spencer and his favorite fishing hole. With the help of his reliable red pickup truck, Spencer drags his boat across this half-century old fixture on Route 94 in southeast Callaway County "just about every day," even though it shakes, wobbles and threatens to fall apart every time a vehicle crosses it.

Spencer's fishing hole at the Portland ramp isn't going anywhere. Starting Monday, however, his route just got a lot longer-- 20 miles longer, that is, now that the Missouri Department of Transportation will shut down the bridge over Eagle Creek for construction at 7 a.m. That means for approximately the next 45 days, crews will replace the bridge that lies just feet from Spencer's house.

And they will invade his property on the creek to do it.

"I feel like I might get screwed in this deal with them tearing up my property," Spencer said. "But it needs to be done. It's just going to be a pain for a lot of us around here."

The road work will eliminate any use of Route 94 east of the bridge for residents in this region, and it's not just fishing taking a hit. Spencer said he'll use either gravel roads or wind through miles of rural highways just to get to the grocery store, or to take a trip to a place like Hermann, Mo.

There's another problem, too. The Portland post office sits just a few feet from the bridge, so anybody on the other side of the town will need to find a new way to get their mail.

It all adds up to more time spent on the roads and a considerable amount of extra expenses for gas money for the next month and a half.

"That's a lot for a lot of us around here, with the economy the way it is," Spencer said.

Spencer also said it won't just affect his personal expenses. Portland as a whole could take a hit as well, considering the bridge is the only route through town. Traveling to the Riverfront Bar and Grill just a short walk from the bridge, for example, could hurt business.

"Nobody can get across without going around that many miles," Spencer said. "They can't eat or socialize or whatever, it's going to affect the locals a lot."

Spencer said the bridge was built in the late 1940s, which explains the cracks in foundation, the scattered and run-down concrete and the faded paint on the green railings. He also said crews have alerted him for years they would try to replace the bridge, but the project never materialized until this week.

The bridge, part of MoDOT's Safe and Sound Bridge Improvement Program, is one of the last replacement projects. According to a press release, more than 740 bridges have already been renovated.

"It's a bad bridge, and it should have been one of the first ones on their list," Spencer said. "It's in worse shape than any of them."