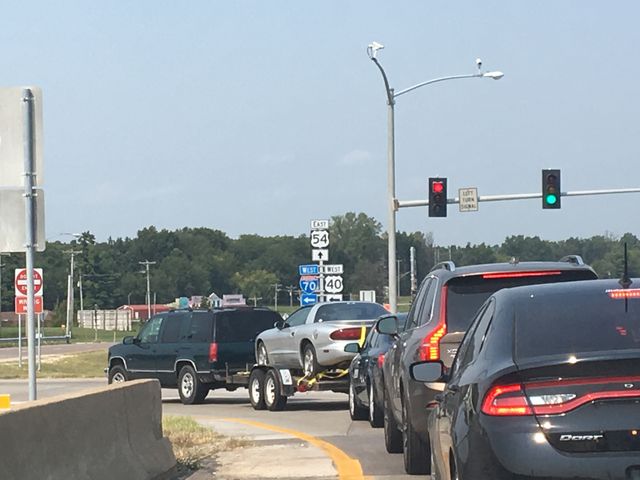 The bridge is one of nine bridges the Missouri Department of Transportation plans to rehabilitate in the next 12 months. The bridge plan is estimated to cost a total of $7.3 million and will fix bridges over Middle River, Richland Creek, Stinson Creek and others.

During the reconstruction, only two lanes of traffic will be open over the bridge. The left lane will be for left turns and through traffic, while the right lane will be for through traffic only.
All ramps to and from I-70 will be open during the work.
Some Missouri residents who regularly use the bridge don't see the construction as a major issue.
"Sure it gets in your way, but it's part of a game you have to play," resident Kelly Putthoff said. "It's just like owning a home you have to maintain it."
Putthoff said construction is like a "necessary evil" although it can be considered a burden, it's just something that has to get done.
Other Missouri residents passing by the city, like Kelsey Guinn said otherwise.
"It kind of gets annoying during rush hour because it can slow you down. Sometimes it just gets in the way of things when you're trying to get somewhere fast," Guinn said.
MODOT said the rehabilitation should be done by November and will give the bridge an addition 20 to 25 years of service.