Bridge in Hallsville to undergo replacement 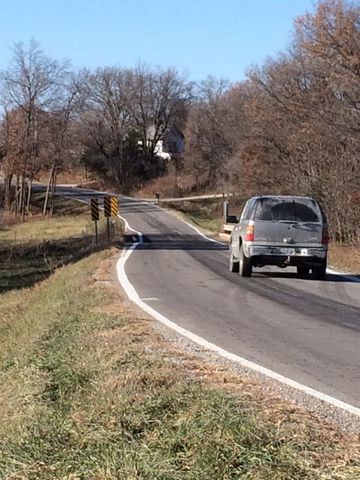 HALLSVILLE - An electronic sign along Highway OO in Hallsville warns drivers a one lane bridge is ahead, but the sign hasn't been there long.

In fact not too long ago the bridge was two lanes.

Mike Dusenberg, Central District project manager for the Missouri Department of Transportation, said maintenance crews deemed it too expensive to fix and should be replaced instead.

Until that happens, the bridge will become one lane to reduce impact.

MoDOT is holding a meeting Tuesday to discuss replacing the bridge. Construction is currently scheduled for the summer of 2015.

A viewer from the area said in an e-mail to KOMU some people are ignoring the signs and still use the bridge both ways.

Dusenberg says it will take time for drivers to get used to the new one way road.

"It would take some time for people who drive that route on a daily basis to get used to the new set up. And probably what you are seeing is people, they're used to the bridge being a two lane bridge, and now that its a one lane bridge...it just takes some time and people just need to be patient and pay attention to the sign," said Dusenberg.