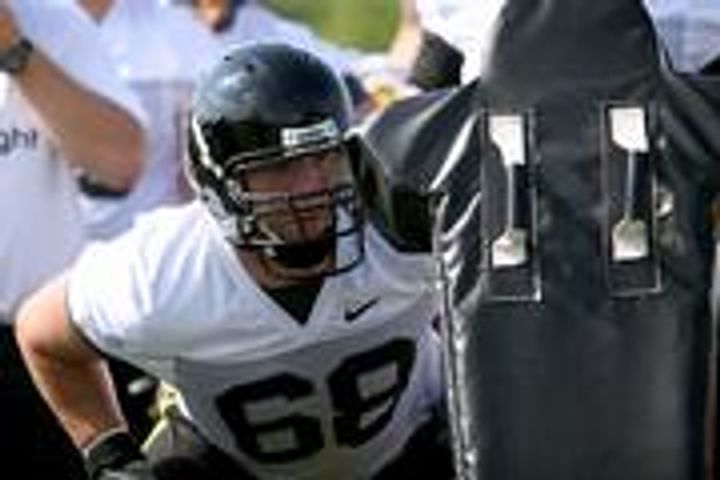 Britt, who was originally penciled in as a guard, will have some massive shoes to fill since Fisher was a three-year starter and team co-captain. However Britt says he feels prepared for the challenge.

"I know my assignments pretty well, cause I played there before and the whole offensive line you gotta know all the positions just because of injury purposes but I feel like I'm gonna do good and help the team as much as I can," said Britt.

The MU coaching staff also have confidence in Britt and his ability to play to play multiple positions on the offensive line.

"We've had him at guard, we thought next year we were gonna move him at tackle, and that's something we thought up as a staff so this just speeds it up a year," said head coach Gary Pinkel.

Says Justin Britt, "It's not the way I wanted to take the starting role at all, it's not what anybody wishes but it's a privilege to have the honor to be the one to step up for him."

Britt played in all 13 games as a reserve guard for the Tigers in 2010.