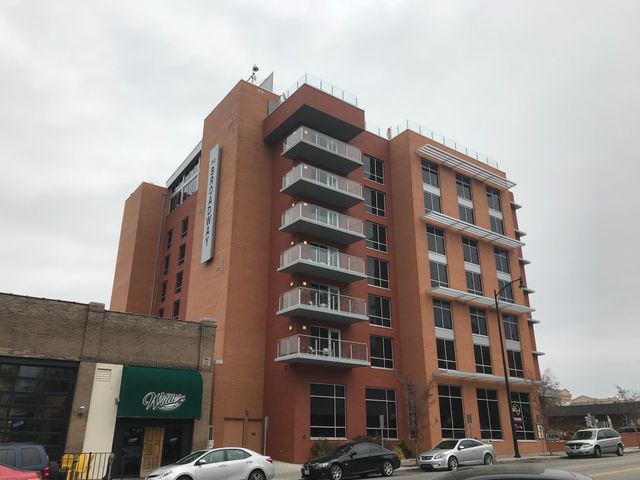 COLUMBIA - The owner of the Broadway Hotel still plans to request a TIF from City Council for a $20 million second hotel tower, despite the TIF commission's vote against him.

"I will be taking it to city council," hotel owner David Parmley said. "The TIF commission had their role to play and they gave their vote on it, understandably so. I think once the city council gets a chance to look at the economics, the $9 million for a $2 million investment they'll be supportive, I'm confident."

Broadway Hotel owner, Parmely, is requesting a $2 million TIF to build an additional tower to the Broadway Hotel in downtown Columbia. The Tax Increment Financing Commission voted against recommending the project to the city council 8-3 in October.

Parmely said he understands the thought processes of the TIF Commission members.

"Each of these people is doing their job, they're looking very narrowly focused at how it might impact their constituents, which is understandable," Parmley said.

He said the eight-story tower would provide 80 more guest rooms, and include meeting space and a 300-person rooftop ballroom that would connect to The Roof bar in the original building. He said the $9 million in taxes isn't the only positive thing that would come from the addition.

"The state would also get $5 million plus, plus you just have ancillary and secondary – all the sudden you get a thousand people coming downtown for meetings and conferences," he said.

The project would also bring just over $208,500 in taxes to Columbia Public Schools, according to Parmley.

He said the Columbia Convention and Visitor's Bureau is trying to get more people in Columbia hotels on Mondays, Tuesdays, and Wednesdays, since weekends are typically busy.

"If you think about it, a lot of meetings and state associations are skipping Columbia because there’s no newer facilities for meetings. They're probably going to Springfield, or Kansas City, or St. Louis, which is unfortunate," he said.

Parmley also said the second tower would bring more jobs to the community.

Parmley rents the property where he plans to build the second phase of the hotel for storage and employee training. In order to get the TIF, he must prove the area can be considered a conservation area under TIF criteria. A conservation area is one that is not yet blighted, but is a hazard to public health and safety morals, and is at risk of becoming blighted.

The TIF would freeze property tax revenues on the property for 23 years, and the taxes would be paid back after 23 years when property value has risen.

Parmley said the area, just west of the Short Street garage, is about a fourth of an acre, and has various steep drop offs and curbs. He said the area is littered with trash and a popular place for people to take their dogs to the bathroom.

"I think there’s a very limited use of that site, and its been that way for 35-40 years so I don't know why they think all of the sudden now something grander is going to happen," Parmley said.

One of Columbia Public School's appointed TIF commission members Christine King said litter can be picked up, and that shouldn't count as blight.

"The majority of the TIF commissioners didn't feel that the land that he was wanting to purchase to build phase two qualified for a TIF," King said.

She said the project itself isn't the problem, and everybody loves the Broadway and what Parmley has done for downtown. She said Parmley isn't doing as well as he thought he would be due to higher construction costs, and he believes he can get back that revenue through phase two.

King said Parmley may have had better luck if he would have told the TIF commission he had plans for another tower when he got a TIF to build the first.

Columbia resident Steve Spellman said it's not reasonable for an entrepreneur to ask for a tax break.

"I think if a private entrepreneur wants to come forward and pay their taxes and go through the planning and zoning process, and thinks he can make a profit on a new development, I say god bless him," Spellman said. "But if he's coming to the public for resources, as he is for a $2 million subsidy, that raises the level of scrutiny."

Spellman said when the city gave TIFs to help redo the Tiger Hotel and to turn the Regency Hotel into the Broadway, it made sense because of the state of the economy and downtown.

"But downtown’s changed, and to say that this piece of property can't have anything done with it profitable, when there's high rises all around, doesn't seem reasonable," he said.

Parmley started the first Broadway Hotel project in 2010, during the economic recession. He said the biggest struggle this time around is construction costs, which have risen almost $100 per square foot of construction since the first building.

He said projects like this routinely go over budget.

"All the risk is on my end, if prices go up, that's my problem," Parmley said. "If things don't work out that's my problem. Theres no city guarantee for the TIF, they're not promising me anything."

Parmley is still in the midst of a lawsuit with the builder of the first hotel tower, and he said there's been considerable legal expenses. He said he hopes to get a court date next year.

Spellman said it's hard to know if these projects have even had accurate profit projections.

"In fact the state auditor has been questioning some tax credits at large, and some of these tax abatement projects. So we really don't have good numbers on whether this works out the way they're saying in their economic models," he said.

The Broadway won "Best New DoubleTree Development in 2014" and Parmley said he's very proud of what they built for downtown Columbia.

However, Parmley isn't stopping at a phase two of the Broadway, he already has plans for a convention center.

"Probably the best unkept secret in town is, I've talked about a phase three, which really would be much grander, and it would involve a true convention center for downtown. 30,000 square feet," he said.

Parmley said convention centers are difficult because they usually don't make a direct profit, but he thinks it would be a huge hit in Columbia.

"I told the TIF commission at the last meeting, I said it would require probably every economic tool in the tool box to make something like that happen," he said. "So it's going to take broad support from the community if they are indeed wanting this to happen."

Parmley said he has the same goal in all of this projects, to reinvigorate downtown Columbia.

"We want to be the launching site and the crash pad. So you come in, put your bag down and go explore downtown Columbia," he said.

He said he doesn't want people to be spending every dollar at his hotel.

"Go to the art gallery, go see a show at the Blue Note, go shopping, eating, whatever."

If the city council supports Parmley's project, construction is set to begin in early January.

King said she'll respect the city council's decision, but wonder's what the point of a TIF commission is if the project is approved.

"But, hey if the city approves it and they move forward, then it's to my benefit to get behind it to make sure it's a success because hopefully we'll continue to see growth downtown," King said.

And if the council doesn't support, Parmley said the project won't happen, at least in its current fashion.

He said it's not easy to build hotels in downtown Columbia, if it were there would be a dozen of them. However, he hopes the community sees his love for the city.

"Columbia is really a dynamic town, I really enjoy it a lot," Parmley said. "Hopefully my passion comes through."