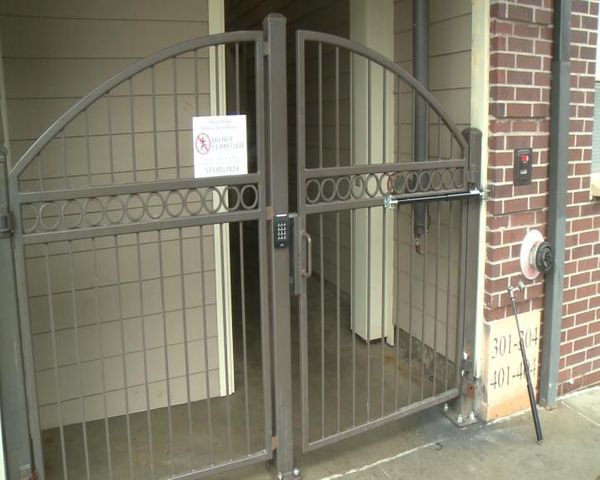 COLUMBIA- Brookside Apartments in Downtown Columbia installed gates to one of its buildings Wednesday. Brookside Downtown has two buildings on Tenth Street, one of which is already gated.

The gates make it necessary for residents to use their apartment key card or enter numbers on a keypad to get into the building. But the gates may not be as beneficial as they seem.  Residents who live in the gated building tell KOMU 8 News those gates are rarely locked.

"They're always open. I don't think they ever enforce that they're closed at all," said Charlie Javors, who moved into Brookside Downtown in August. Javors said he's seen a lot of police activity outside his building and is happy the gates were installed.

"After one of the incidents, me and my roommates emailed the management about getting the gates put in," like the Brookside apartment building next door. "We never got a response back."

The gates were installed to one of the buildings on Tenth Street after a sexual assault at a Brookside building on Locust Street Saturday morning.  Brookside, however, would not confirm whether the new gate was in response to the assault.

In the meantime, the complex, Brookside on College, does not have gates. This is where one resident had an encounter with a home invader Wednesday morning at about 5:45 a.m.

The woman had walked into her apartment early in the morning. Later, she heard someone outside her door jiggling the doorknob.

"The door swung open and there was a really tall man standing in the doorway," the woman said. "I just started screaming."

The woman believed she locked her door when arriving at her apartment, but the door was broken and did not lock.

Brookside has no comment. Columbia Police did not answer KOMU 8's phone calls.