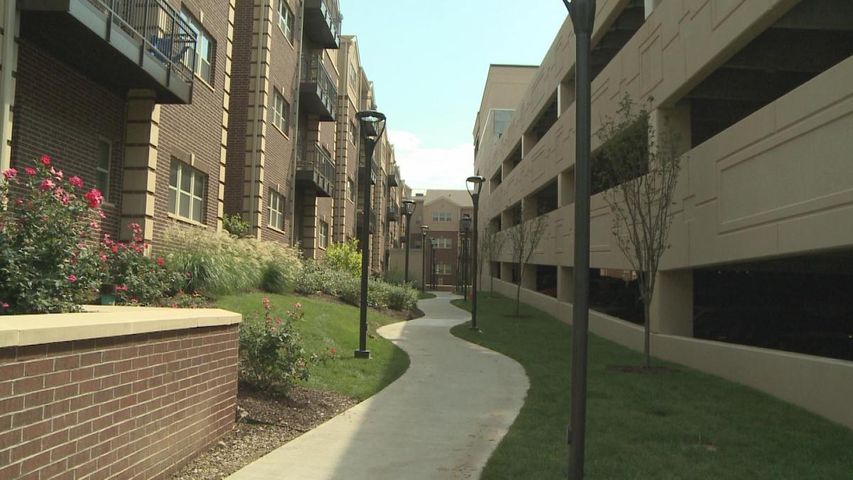 COLUMBIA - Neighbors of Brookside on College apartments say they are angry over "obnoxious" and loud pool parties.

Residents living in neighborhoods a few hundred feet from the apartment complex can hear the music from the parties.

"It's loud enough to where I can't sleep," Jake Moore said. "If they would just turn it down, like a hair, it'd be alright."

The pool parties are hosted by Brookside, along with Campus Bar and Grill. Both businesses refused to speak to KOMU 8 News.

The parties have taken place between 2 p.m. and 6 p.m. on Friday or Saturday afternoons, with a DJ playing music poolside.

On August 24th, an unidentified person filed a complaint with the Columbia Police Department, citing a peace disturbance at Brookside on College. Officers reported to the complex, but gave no citations.

Sergeant Will Green said, "One thing that happens here in Columbia is we have a lot of new people come in here every semester. And a lot of times a new student doesn't really know our city laws."

Since Thanksgiving of 2012, Brookside on College has been the location of 28 peace disturbance calls, not all of them related to pool parties or loud music.

"That's a lot for one building," Green said.

Brookside is not inside the legal boundaries of downtown so it falls under Section 16-258 of the Columbia Code of Ordinances, which has different rules on music devices and noise amplifiers.

Some neighbors say they were caught off guard by how much noise comes from the apartments.

"I have mixed feelings about it. I think a lot of residents downtown is a good thing," neighbor Mara Aruguete said. "But I don't think it was planned as well as it could have been."

Despite the noise, some neighbors say they feel the parties should be controlled rather than stopped.

"They only do it on Fridays, so it's not like it's a terrible inconvenience, but it is really annoying," Moore said. "I would file a noise complaint, but it's not like I don't want them to have a good time. Just turn it down maybe a smidge."

Aruguete said, "I had college parties when I was in college."

"I'm not particularly for it," she said. "But I don't think it's the worst thing imaginable."