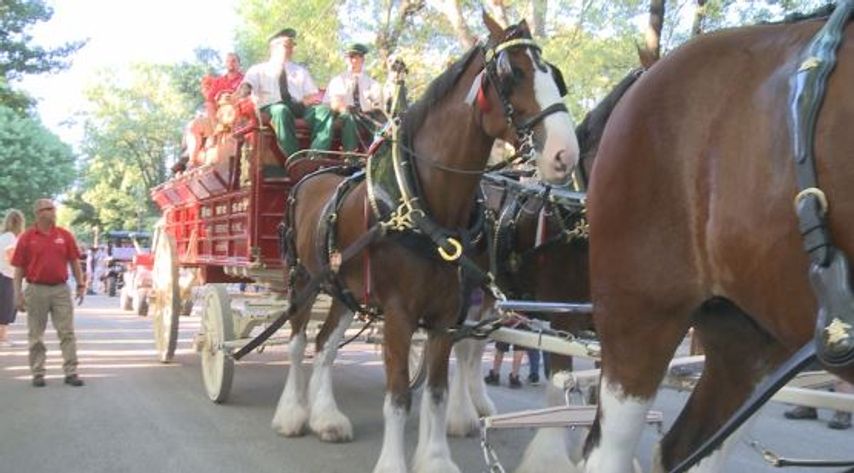 SEDALIA - The Budweiser Clydesdale's trotted down a Sedalia street Wednesday and delivered some cases of beer.

The Clydesdale's rode up and down the five blocks of Barrett Avenue in Sedalia and stopped at 10 houses to deliver cases of beer.

The streets were lined with Sedalia residents and according to Paul Beykirch from the County Distributing Company, the company estimated more than 2,000 people attended.

Out of the 10 houses that were chosen to receive gifts, two people won a drawing and were able to ride along with the Clydesdales.

Larry and Tracy Husk were one of the households that received a case of beer.

"I don't know how I was chosen, but I do drink a lot of Budweiser, and one day got an email asking if I would accept a case of beer," Larry Husk said. "I told them that I'd be happy too. We had no idea it would be this big of deal."

Husk said he had heard rumors that the deliveries could be for a commercial.

The Budweiser Clydesdales will also make an appearance at the Missouri State Fair where they will parade through the Fairgrounds, and they will also be in stables for viewing.