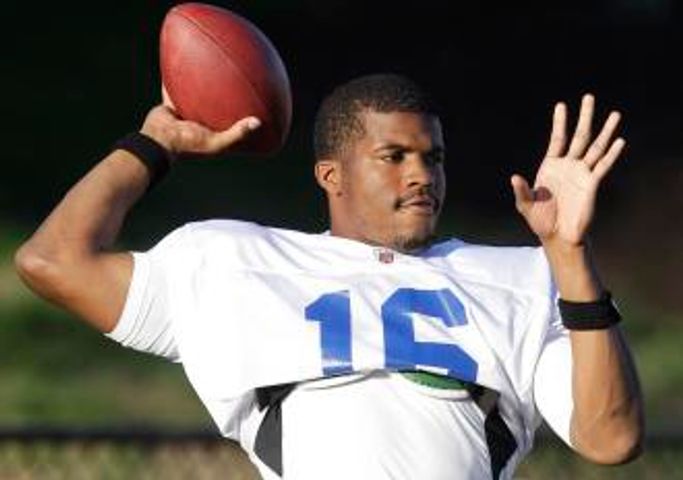 KANSAS CITY - If you have been following the NFL career of Brad Smith, then you certainly are used to seeing him dazzle in green and white. The versatile wildcat specialist played five seasons for the new york jets, and scored a touchdown five different ways, but when he hit free agency this summer, smith decided to take his talents to Buffalo.

"This team is just hungry, and it's hard to put into words what attracted me to them, Coach Gailey and the guys. It's something different about it, so that's what drew me to it," Brad Smith said.

The former Tiger QB said the move took some adjusting, but he is taking the transition in stride.

"Guys have made it extremely easy for me, especially Fitzpatrick," said Smith. "Just coming in and helping me learn the offense, just off the field stuff, you know like where to grab something to eat, where to take your family, doctors, stuff like that."

This is Brad Smith's sixth season in the NFL, and believe it or not, his first game in the state of Missouri since his days as a Tiger. Smith was excited to be back in Missouri... a place that reminds him of his new home.

Smith said, "The people are really really nice in both Columbia and Buffalo. Everybody's really family oriented and they love their football team."

As for the football team in Columbia, Smith had some sound advice for James Franklin, who many are comparing to Smith.

"Be confident in who he is, and his own ability to lead the team, and you can't compare yourself to anybody or you'll get stuck," said Smith.

While it's been more than a decade since the Bills' last playoff appearance, Smith is hoping that he can help lead his new team to the promise land this season.