Bus driver arrested; student says 'You can't touch a kid like that' 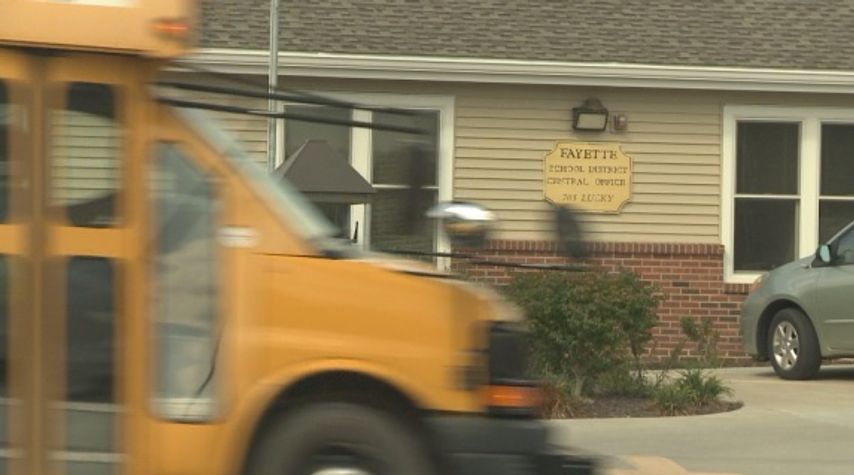 COLUMBIA - A Fayette R-III bus driver was on leave Tuesday after an arrest last week that witnesses said happened because he was shoving and harassing kids.

"He'll get up and, like, grab them" student McKenzie Mohr said. "There was this boy, which was a police officer's son, and he grabbed him by the head and like shoved him into the seat."

Fayette R-III Superintendent Tamara Kimball confirmed one of the district's drivers, Don Nelson, was arrested. She did not elaborate on the circumstances of his arrest and said she couldn't comment because it was a personnel issue with an ongoing investigation.

The Howard County Sheriff's office arrested Nelson Aug. 31, according to online records, but he was not in custody Tuesday. The Sheriff did not respond to a request for information Tuesday, and there were no charges against Nelson on file at the Boone County Courthouse, which shares information with Howard County.

Mohr said the incidents started shortly after the school year began. She said Nelson stopped the bus in the middle of the road one day because students were standing up, and that Nelson began yelling at the students. That's when, she said, he first shoved a student into a seat.

"I said that that was illegal, that you can't touch a kid like that," Mohr said. "He didn't say nothin'."

Mohr said Nelson's behavior got worse Thursday. She said Nelson again shoved a student, and harassed a student who said something Nelson took issue with.

"He [Nelson] was grabbing him [the student] by the arm, pulling on his shirt and like, stretched his shirt out, pulled his hair," Mohr said.

Mohr said when the student still wouldn't get up, Nelson grabbed the student's bag and threw it at him, hitting the student in the gut.

"I hope that he goes to jail for this," said Tiffany Mohr, McKenzie's mother. "You can't put your hands on a child."

Tiffany Mohr said her children called her to the bus stop Thursday, where she confronted Nelson.

"I had a few choice words for him," Tiffany Mohr said.

She said she would try to contact Kimball about why Nelson was hired in the first place.

"They should have done more background checks and done more," Tiffany Mohr said. "I don't think they did their job, honestly."

When asked Tuesday about Nelson's past, Kimball said she couldn't comment.