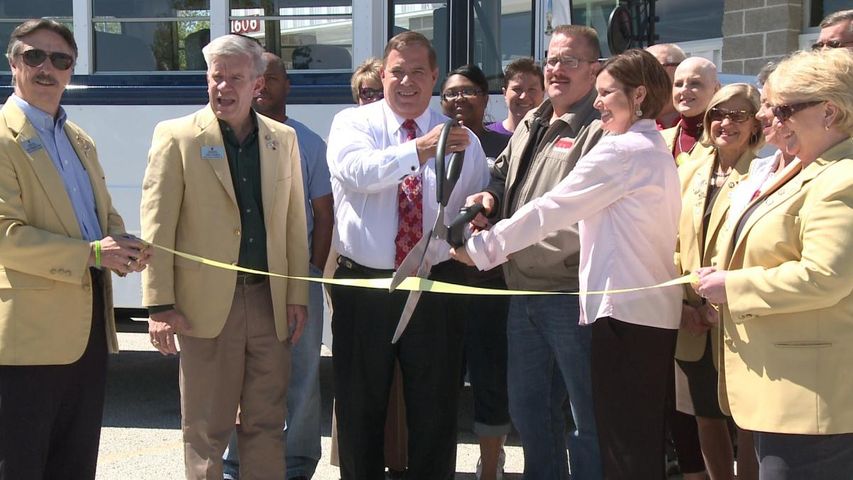 COLUMBIA - The Columbia Chamber of Commerce had a ribbon cutting for a refurbished bus for the Columbia Boys and Girls Club Monday. The event was held a Joe Machens East Collision Center and celebrated the donated labor put towards the restoration.

The organization purchased the bus last June from a school district in northern Missouri that was selling old buses. Exectutive Director for the Columbia Boys and Girls Club, Valorie Livingston spoke at the event. She said at first when she showed the bus there was some skepticisim.

"At first people told me it may not be able to get fixed," Livinston said. Livingston later said that with the help of all the volunteers working on weekends they were able to get the bus restored beautifully.

The bus will allow the organization to be able to pick up more kids with less trips. Something that helps the organization in more than one way. Before they only had two 15-passenger vans, which they sometimes had running most of the night. Livingston said that provided problems not being able to pick up as many kids and take them to various events. Another burden before the bus was the amount the club spent on paying drivers and for gas.

The organization did not originally have the bus purchase in budget, however they felt it was a necessity. The club will begin trying to get donations to help replinish the funds they used buying the bus.