Bus Rates Go Up, Service Down under Budget Plan 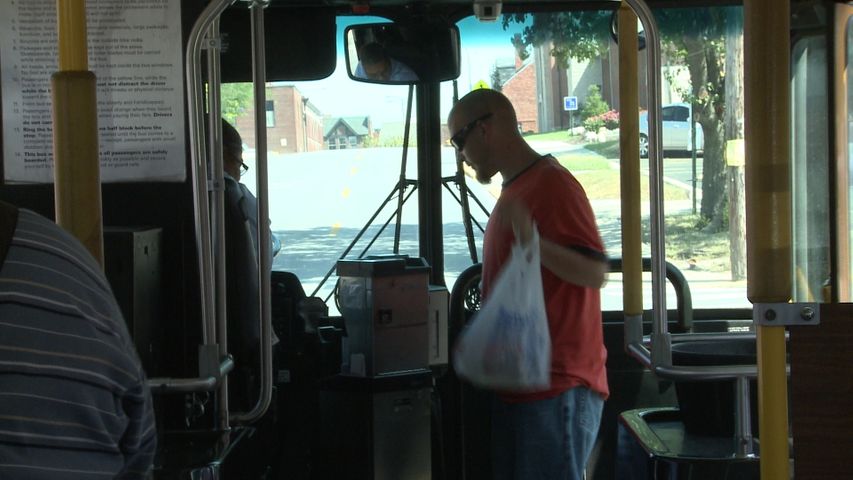 COLUMBIA - Residents reacted negatively Wednesday to proposed rate increases for the Columbia Transit System. The rate increases are part of the city manager's proposed budget for the 2012 fiscal year. The city manager is also proposing the elimination of evening services Thursday through Saturday.

Regular fares would rise from $1.00 to $1.50. Thirty-day full fare tickets would go from $35.00 to $55.00. Disabled, elderly and medicare recipients would see their rates increase from $0.50 to $0.75 per ride. Thirty-day half fare tickets jump from $15.00 to $25.00. Eligibility for half fares would also be reduced to the minimum federal mandate, a level that would qualify fewer people than the current city requirements. Student semester passes would go from $60.00 to $100.00. And people certified by the American Disability Act would have their rates rise from $2.00 to $3.00.

According to the budget proposal, Columbia is anticipating $3.3 million less in federal funding for the transit.

Columbia resident John Miller expects the rate increases to affect people with fixed incomes the most. He said he goes grocery shopping for his friends who have disabilities. If his friends had to ride the bus, he doubts they could afford to for very long.

Passenger David Blake understands the predicament Columbia is in. With reduced federal funding and an increase in the price of fuel, he sees why the city would increase rates. But he also thinks it is unfair to people like him, unemployed and with no other transportation options.

Fidelis Myers, an unemployed veteran, said he would be OK with a rates increase if Columbia Transit expanded its service. He said the system would get more riders if the hours were expanded into the night and the routes extended further to the city limits. Myers said people who ride the bus work odd jobs and graveyard shifts, so they need extended hours from the bus service.

International student Andrick Payen said he is completely dependent on the transit system. He has no car, so he will have to use the bus no matter how much it costs. As a student, he doesn't have disposable income to explore other transportation options. Like Myers, Payen would accept the rates increase if Columbia Transit were to expand its service.

According to Columbia's budget proposal, bus ridership has increased the past three years, but operating the transit system costs $1.4 million more than the city has allotted in its budget. At its current course, the city would run out of money to spend on the transit system in July 2012.

The city council will vote on the budget proposal in September. The approved budget will go into effect October 1 of this year.

The budget proposal can be found here.