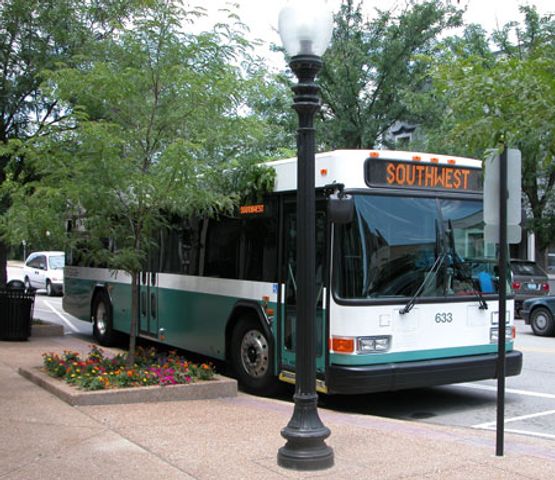 JEFFERSON CITY - Bus riders voiced concerns and frustrations Thursday night at a Budget Hearing about the fate of JeffTran.  Dozens of residents and bus riders attended and spoke at the meeting, telling city council members the severity of the impact the budget cuts would have on their every day lives.

Residents said if budget cuts are made and routes are terminated to save money, many people would lose jobs, end up stuck in their homes, and people with disabilities would lose independence the public transportation provides.

$884,631 is needed to keep the system running at it's current level. The mayor's proposed budget plan would cut $224,000 of that and bring the number to $660,000. Public works director Roger Schwartze developed four options to cut the Mayor's requested $224,000 from the transit budget:

The nearly 20 bus riders and Jefferson City residents that spoke at the meeting explained each of those scenarios leave people who depend on JeffTran without transportation. Others voiced concerns over the council's idea to possibly increase fares, saying many bus riders are already living on a low income and would then not be able to afford the bus at all.

Some council members agreed with the residents and Councilwoman Carrie Carroll made a motion to throw out the Mayor's number, and not make and cuts to the JeffTran Budget. That motion failed after a tied vote and the council will now look further into the situation to make a decision.

While no progress was made at the meeting in terms of a decision, Roger Schwartze, Director of Public Works for Jefferson City, said it was good to hear the opinions of a variety of concerned citizens.

He told KOMU 8 News the council will meet and discuss the entire budget once a week for the next few weeks.  At the hearing Jefferson City Public Schools also offered to give money to decrease cuts. Schwartze said this may allow a new number and plan to be drafted.

He said he expects the new plan to be announced publicly in 2 to 3 weeks.