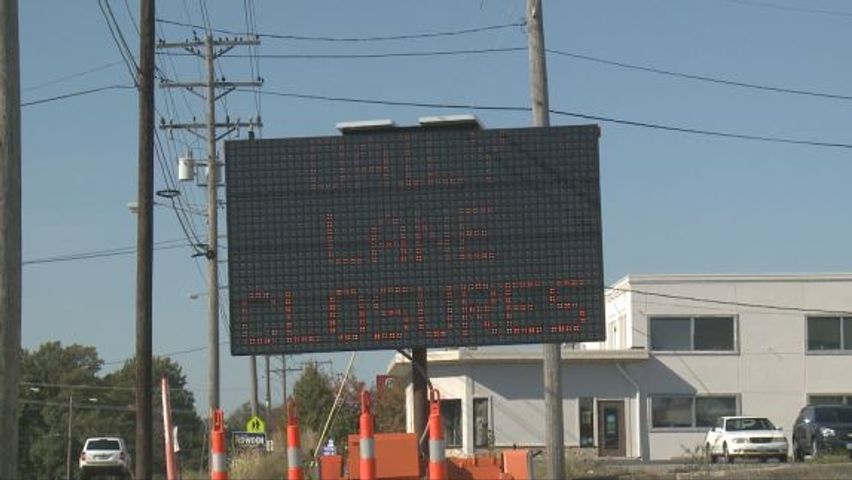 MoDOT said it will work on culvert improvements over the next month and a half during the hours of 7 a.m. – 5 p.m.

Andrew Peck, a resident engineer, said his contractors and inspectors have given them the green light to go forth with the dayside work.

“We’ve looked at traffic counts and should be able to do day work,” Peck said. “We’re going to try and see how this works, but the last thing we want to do is impact the local Columbia traffic too much. If we see that we’re impacting traffic to a considerable amount, we will reevaluate and probably shift our hours around.”

Peck said coordination is the primary factor for the decision to conduct work at the specified hours.

“This work needs a lot of interaction with utility companies and that coordination is better done during daylight hours,” he said.

MoDOT said a culvert is a device that takes water from the roadway, drains it and pipes take it to a stream or where a natural waterway exists.

Workers began saw cutting the pavement as their initial phase and had lane signs up throughout the morning.

Peck said workers finished around 2 p.m. Monday, and he mentioned Tuesday they will see how it affects traffic during school dismissal hours.

“That is the critical time,” he said. “If we could experience some traffic delays it would be during that time.”

Peck said his team understands it will be a busy time and should traffic increase, he said they will pull the lane drop down and allow traffic to move through.

“We’ve already discussed this with the contractor and we will be reevaluating the day work and making adjustments in our working hours to impact people the least amount.”