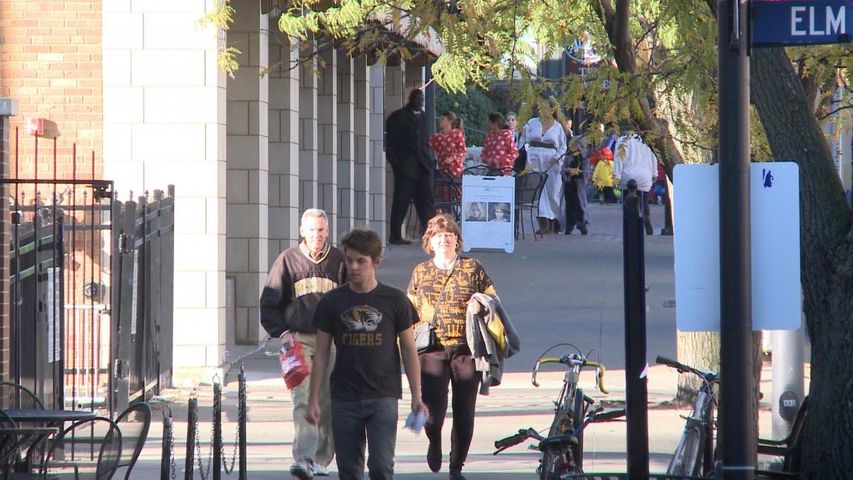 "The whole idea of coming back to Columbia is going out," former MU student Shane Gordon said. "Being a student down here of course you went out and had fun, but when you come back that's pretty much all you do. Go out, spend money, then go home and check your bank statement," said Gordon, who made the trek from St. Louis for the weekend.

If the regular homecoming hoopla wasn't enough for store owners' wallets, there is a little extra buzz around this year's homecoming. The Missouri football team is 7-0 and has its first top 5 Associated Press ranking since 2008.

"When the team is doing well at 7-0 right now it's even more ecstatic and it's more contagious," Quinton's Bar and Deli Manager Douglass Stockton said. "The alumni support, the community, the students, it's one of the most special times of the year, and obviously that translates into the business community."

Owners attribute the rise in business not only to alumni coming back, but also to fans from opposing teams coming in. Workers at venues also said business is much better after a Missouri win, so they will be pulling hard for the Tigers to pull out a victory against South Carolina Saturday.